The living room of the house is furnished in period decor. The room is highlighted by a wallpaper border and a recessed ceiling. 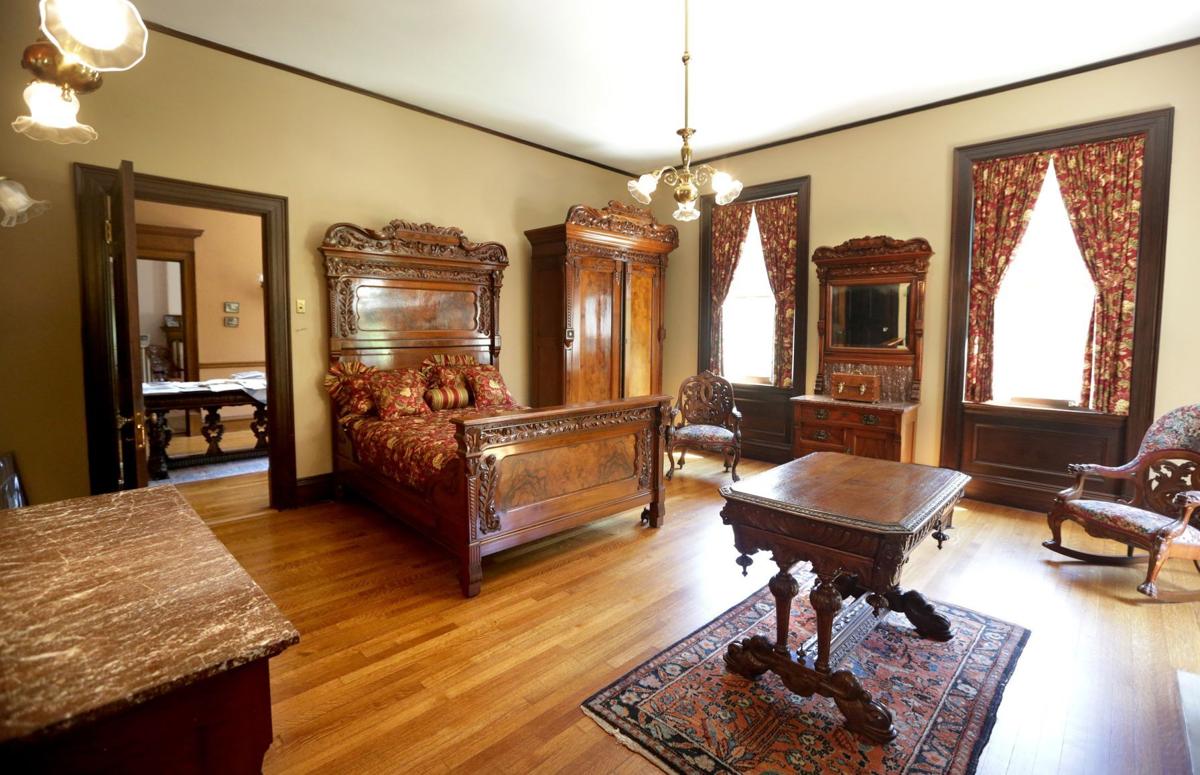 The furnishings in the master bedroom are from a specific period in the early 1900’s when the house was built. 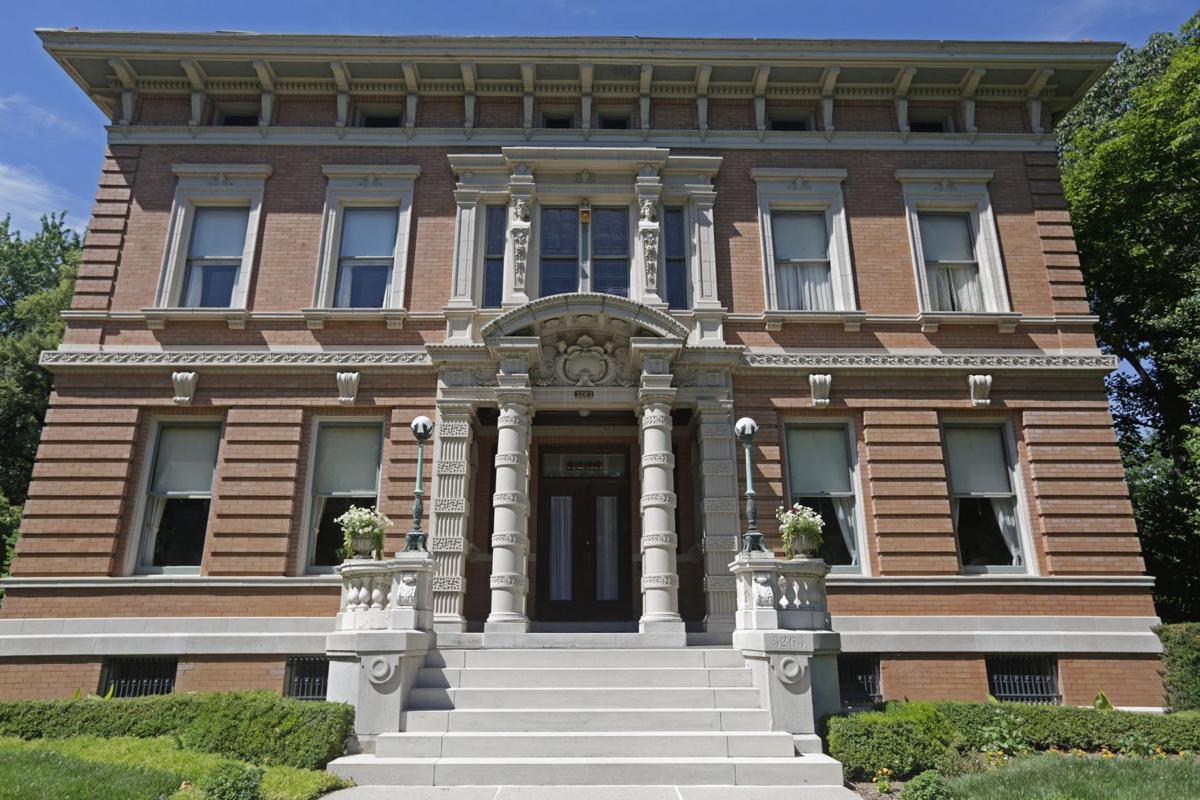 The imposing facade of the Bruce House in Compton Heights features elaborate terracotta designs. Above the entrance, the busts of two ladies silently welcome visitors. 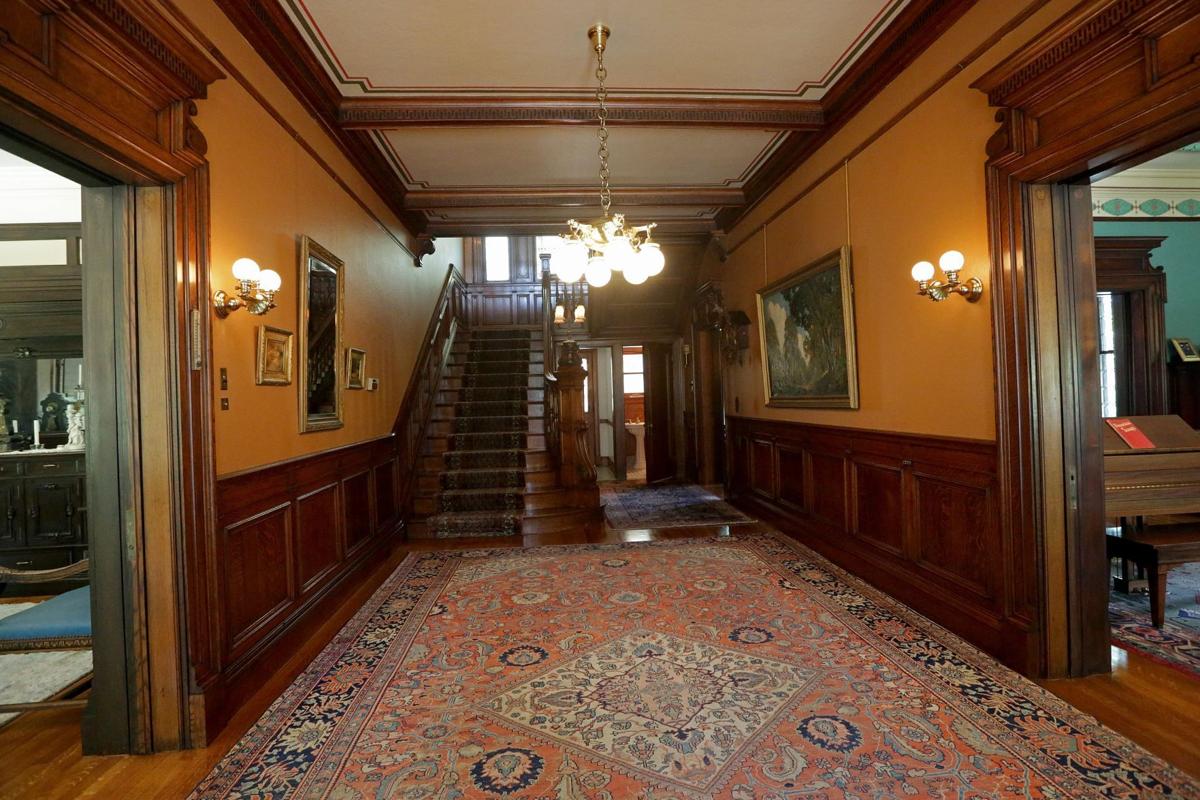 The entrance hall has important woodwork on the walls and moldings. The light sconces on the walls were originally gas lamps, now converted into electric lights. 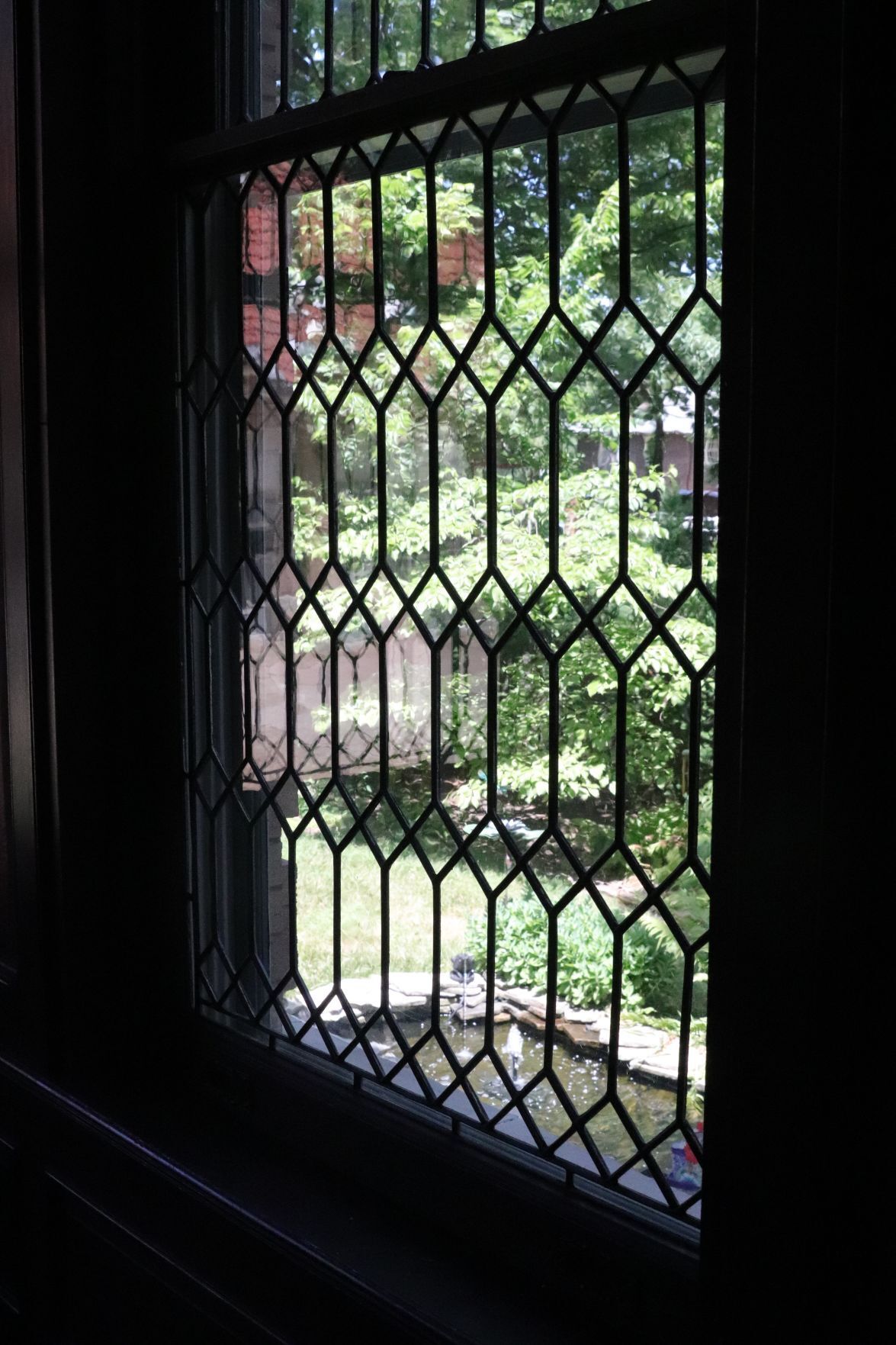 The trophy room at Robert and Suzanne Bruce’s home in Compton Heights features decor and furnishings that have remained largely unchanged since the original owners created the space in 1903. Three leaded glass windows in the trophy room are each made up of 186 panels. 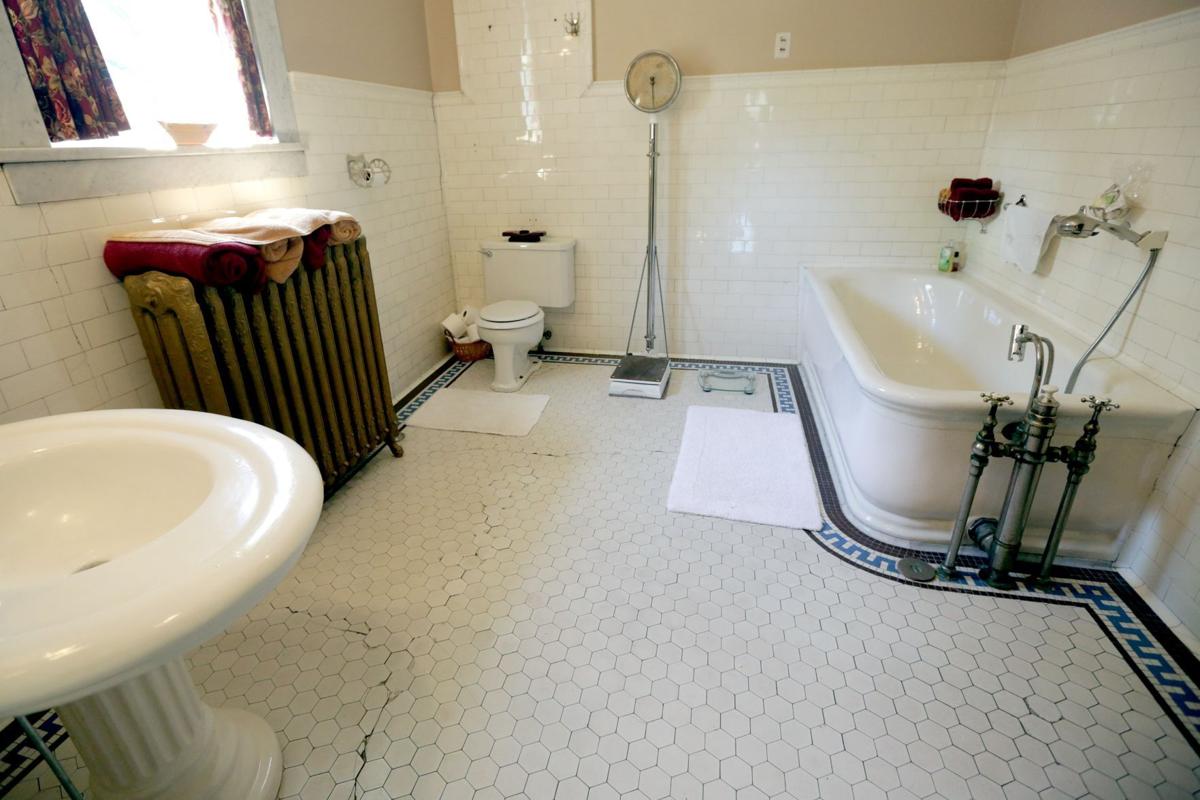 The master bathroom retains the original fixtures and floor tiles, and has been in continuous daily use for 98 years. 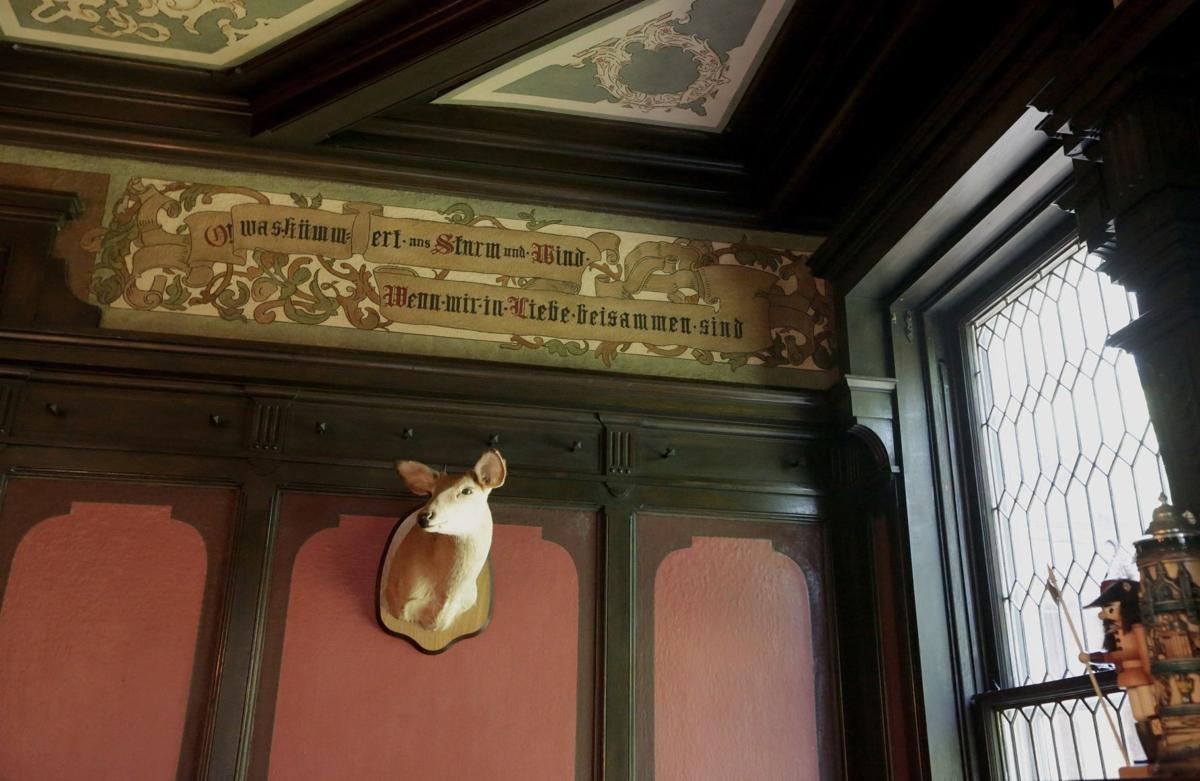 The inscriptions in German that line the upper part of the walls of the old trophy room were uncovered under coats of paint and restored, as was the decorative pattern of the ceiling. 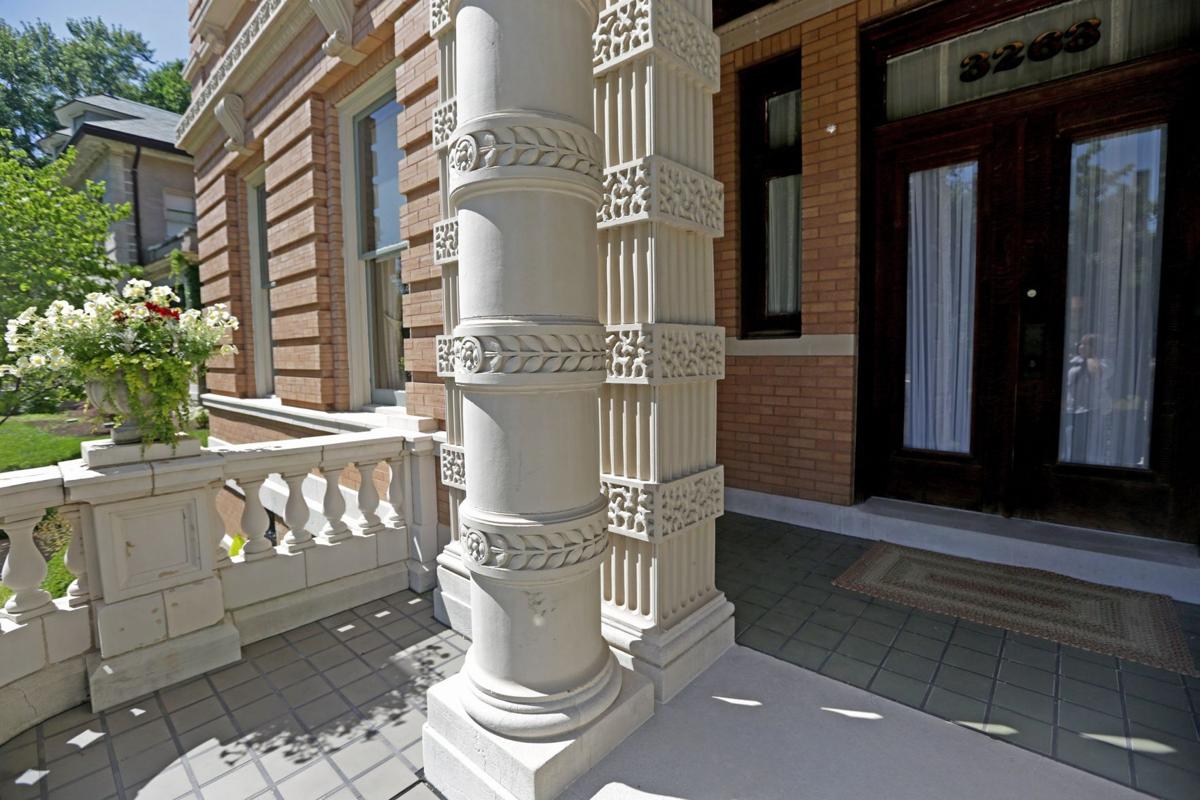 The square and circular columns of the front porch feature a terracotta design. The mold for the art was destroyed after being used on the house. 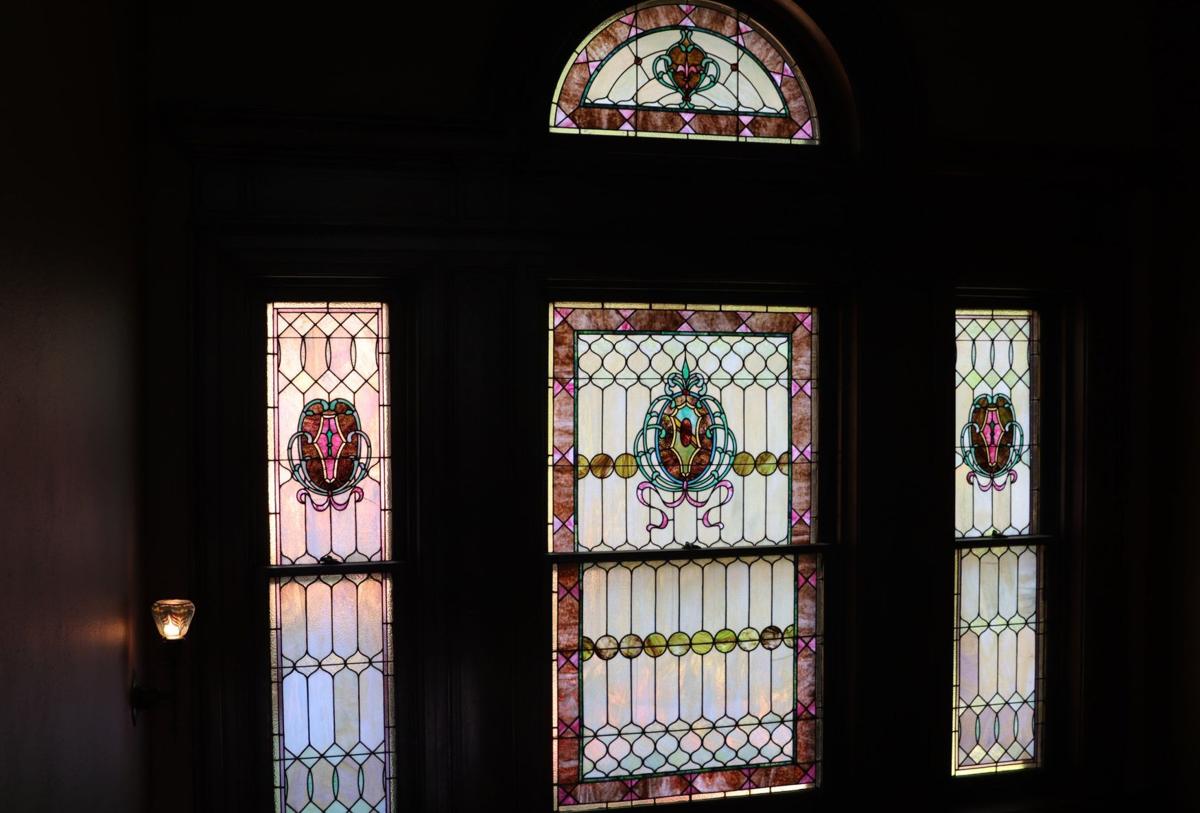 Robert Bruce believes that a trio of large stained glass windows on the landing between the first and second floors provided the colors for the walls of the house, which are green, brown and light brown.

“I have examined every square inch of this house and I cannot find any mistakes made by the architect,” says Robert Bruce, almost incredulous.

That’s quite a compliment considering he has lived in the house for 73 of his 78 years. They are only the second family to occupy the 1903 residence.

Bruce is as much a curator as he is an owner. The house could be considered a perfect period example of how the wealthy in Saint-Louis lived in the early 1900s.

Why? Bruce’s family bought the house in 1944 with 50% of the original furniture, which remains. The dining room table was custom made for the expansive space. The table legs feature hand-carved lions, which also appear on each of the 14 chairs and in the fireplace mantel design.

Most of the fixtures, including a Tiffany lamp, are original. The same is true of several oriental rugs. The ornate chandeliers and stained-glass windows that had been removed and stored have been returned to their original locations. The master bedroom and bathroom from 1903 remain unchanged.

Built for Louis and Bertha Stockstrom by German architect Ernst Janssen, according to Bruce, the design of the house is based on a German residence from 1886. It has records showing that once built the house cost $ 31,400, plus $ 8,600 for the large lot. Even for 1900 dollars, that seems like a bargain price for the size of the house.