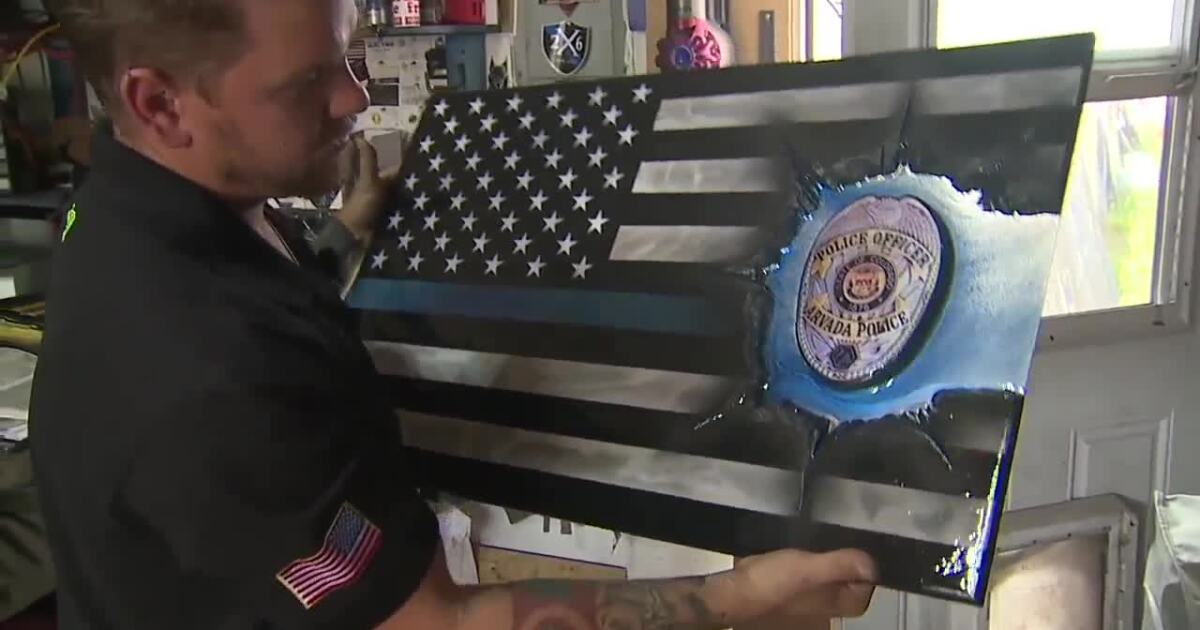 COLORADO SPRINGS, Colorado – Almost 100 miles from Arvada, Zach Smith began work on a symbol of the valor of Arvada Police Officer Gordon Beesley in his woodworking shop after learning of his death.

Smith, who lives in Colorado Springs, was catching up on carpentry orders when devastating news of a fatal shooting, including an officer, rang on his phone. Immediately the army veteran knew what to do.

“There were no questions asked. I just went to work,” Smith said.

About three years ago, Smith began making wooden flags for the families of the missing. It all started when Adams County MP Heath Gumm was killed in the line of duty. Smith’s shop is called US Veteran Woodworks.

“It was just like something I could do even though I’m away from the cities,” Smith said.

He said making the wooden flags for the families is the best thing he can do.

“I can’t go and hug them. Most of the time you don’t know who they are – you just hear there’s an officer downstairs,” he said.

Smith was so moved by the experience of making a flag for Gumm’s family that he decided he couldn’t stop.

“I’m going to do this free of charge for every police and firefighter who works in Colorado,” Smith said.

He has now honored more than 20 Colorado servicemen by gifting their families with flags created in his woodworking shop.

Smith will not take a single penny from families. The wall of his lumberyard is covered with badges and crests – more precious to him than his mother could ever be.

“So it’s kind of a collection of the ones I built for former officers. They’ll send me patches and stuff afterwards,” Smith said.

Tough as a soldier with the tenderness of an artist, Smith creates compassion for the families of Colorado’s beloved heroes.

Molly Hendrickson presents Denver7 in the morning from 4:30 am to 7:00 am She also presents a different 7Everyday hero each week on Denver7. Follow Molly on Facebook here and Twitter here. To name a hero in your life, click here.