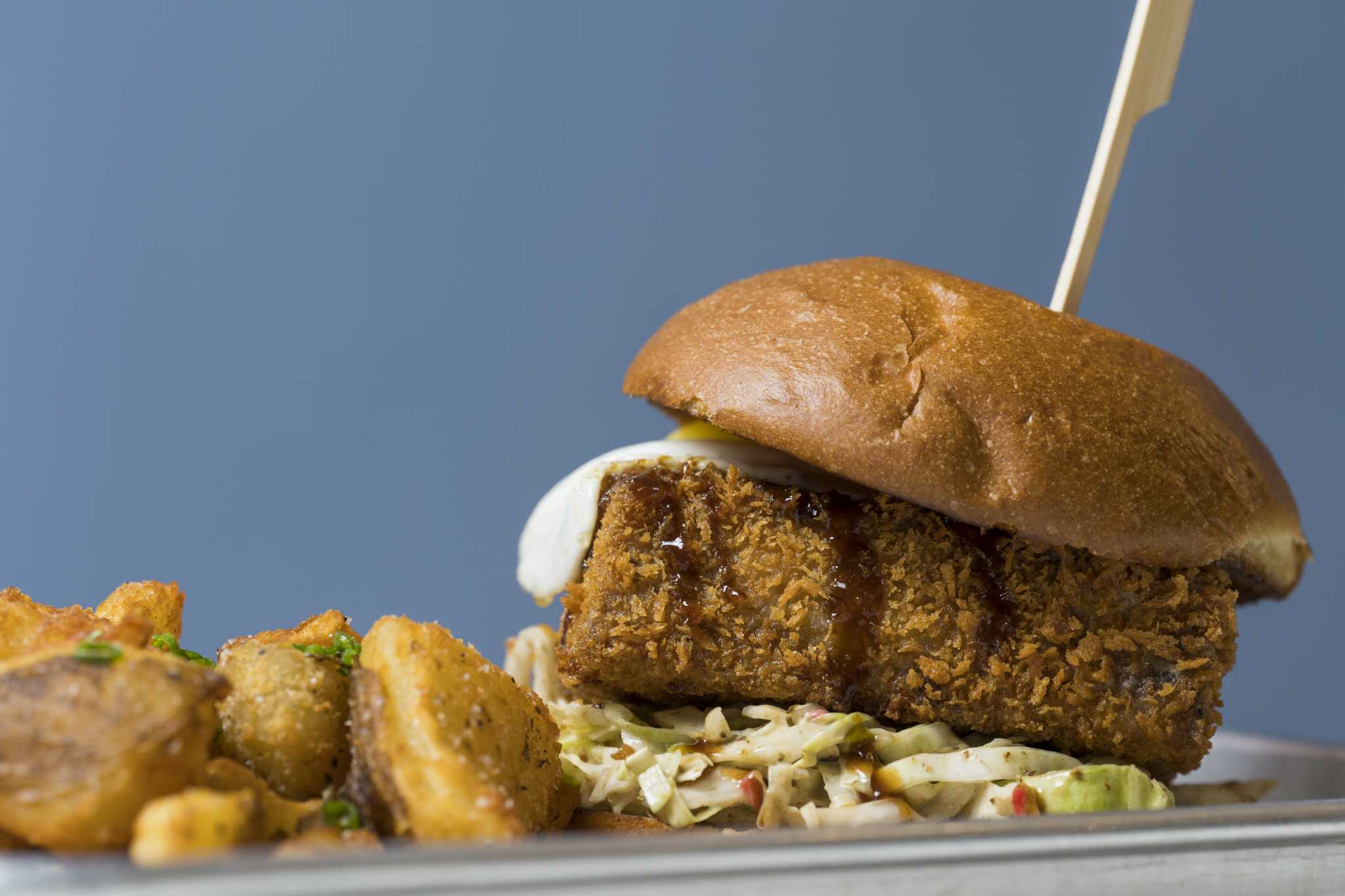 Reservations are already going fast for Morning Wood, Hawaiian-Japanese brunch favorite which is reopening after a two-year hiatus in a new location.

Morning Wood will make its highly anticipated return on Wednesday, October 26 at 514 Peninsula Ave. in San Mateo, not far from the original San Bruno restaurant.

Anyone who’s lined up for loco moco plates and fluffy matcha mochi pancakes from owners Chad and Monica Kaneshiro will be happy to know that the new restaurant has around 80 seats, almost double the capacity of the old one.

The menu continues the couple’s typically playful odes to their Hawaiian, Japanese and Korean roots and their love for over-the-top breakfasts.

New dishes include their version of bacon and eggs: lightly cured pork belly, glazed in a sauce made with honey and Suntory Japanese whiskey, served with eggs and rice. Chad Kaneshiro thinks the Japanese katsu sandwich is “overdone,” so he came up with a Hawaiian twist: homemade kalua pork formed into a patty, fried, and tucked into a brioche bun with an egg, pickled onions, and hot sauce . At Morning Wood, the French toast isn’t just French toast: it’ll be crusted with panko and cornflakes, fried and topped with bacon jam. The steak and eggs are steak marinated as if it were Korean kalbi, then charred on a new Japanese charcoal grill.

Hawaiian ingredients and flavors are found throughout the menu, such as Gouvea Portuguese sausage served with spam and eggs. Hawaiian Hurricane Popcorn, a cult favorite snack mix with furikake and mochi rice crackers, is repurposed as seasoning for bacon.

The couple also transform many classic Japanese dishes into their own creations. Instead of the typical ketchup-y rice for omurice, for example, they make fried rice with homemade kimchi, drape an omelette over it, and also slide a sous vide egg into the fried rice” so when you cut it, you get a ooze factor,” Chad Kaneshiro said.

Morning Wood’s unofficial pastry chef Monica Kaneshiro bakes milk buns to serve with a rotating butter of the day, like yuzu butter made with citrus peel from Japan. Guava Chiffon Cake, a hugely popular Hawaiian classic at the couple’s other business, Diamond Head General Store in San Bruno, could make an appearance at Morning Wood.

Morning Wood favorites will return, including mochi pancakes and a Japanese breakfast set. (No mochiko fried chicken here, but diners can order it at Diamond Head.)

The dining room is large and simply decorated, with a large panoramic print of a photograph Chad Kaneshiro took at Kahala Beach in Honolulu. About half of the seats are indoors and the rest in a huge covered outdoor patio. The owners hope reservations will ease the pain of waiting, but Morning Wood will also accept walk-ins when possible.

The couple closed Morning Wood last spring to open the more laid-back Diamond Head and can’t wait to get back to doing the cheeky, indulgent brunches the two former gourmet cooks are known for. Chad Kaneshiro keeps a list on his phone with more than 100 ideas for future dishes: a play on bibimbap with a chopped Wagyu mixed table side; jook swimming with the crab; a luxurious seafood donburi with uni, otoro (tuna belly), caviar and dried egg yolk. They hope to up their fermentation game and eventually make their own miso, soy sauce, and hot sauce.

The food at Morning Wood isn’t cheap – most entrees will go for $20-$30, with a few special items like a plain roll in the neighborhood of $40 – but like the old restaurant, portions will be extremely generous. The restaurant will have an automatic 20% service charge which will be shared equally between front desk and front desk staff.

Elena Kadvany (her) is a staff writer for the San Francisco Chronicle. Email: [email protected]: @ekadvany