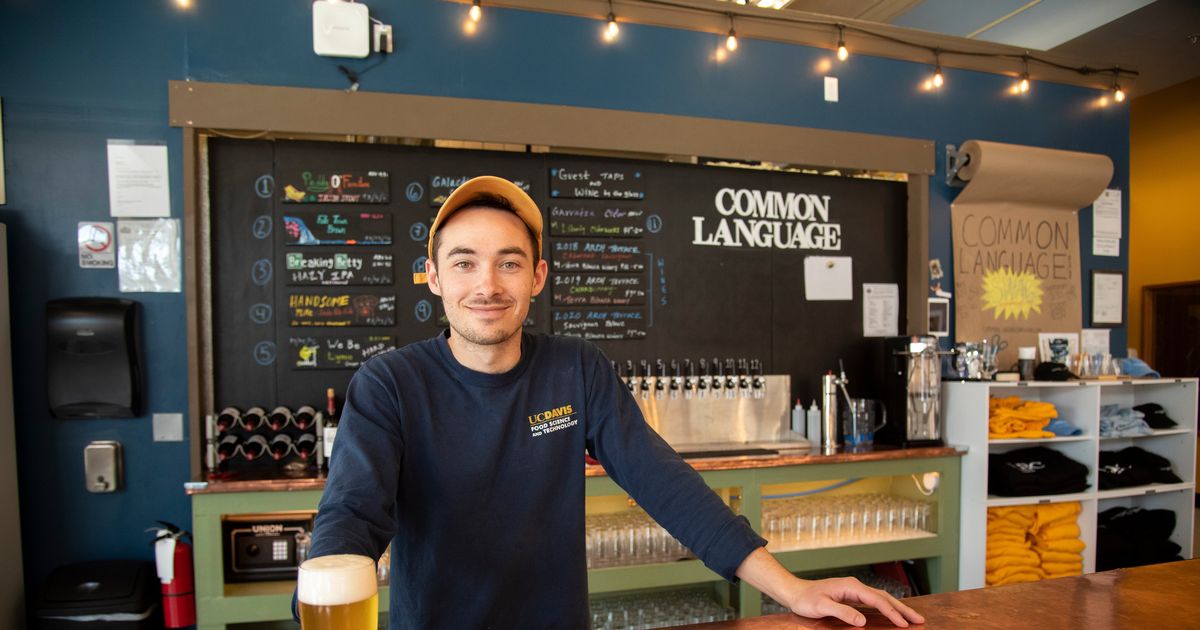 “The Spokane community has been incredibly welcoming,” Owens said. “We’ve met a lot of people here who love craft beer. It’s great to be in the arts and entertainment district, and we hope to have a long tenure here in town making good beer for people.

The brewery also serves wine by the glass and tea, Owens said.

“We want everyone to have something to drink and enjoy, and to be able to sit down, hang out and make new friends,” he said.

Since opening this week, the brewery’s Irish stout has been one of the best sellers, Owens said.

“Spokane loves stouts,” he said. “It was a wonderful surprise…people love it and have asked us to keep it (draft) as a staple.”

Common Language Brewing Co. has a limited menu with fries and salsa. The brewery is partnering with Slightly Charred Wood Fired Pizza to offer free delivery via a QR code customers can scan at their table, Owens said.

The brewery plans to collaborate with other restaurants in the future for the delivery service, Owens added.

Owens served as a professor, associate hospital director, and associate dean of admissions and student programs at the UC Davis School of Veterinary Medicine for more than 15 years before retiring and becoming a brewer at 3-Mile Brewing Co. in Davis, California.

Owens and his wife, Dori Borjesson, moved to Pullman after being hired as dean of Washington State University’s College of Veterinary Medicine in 2020.

Owens said he hopes Common Language Brewing Co. will become a welcoming and inclusive place that supports the career advancement of women, people of color and the LGBTQ+ community in the craft beer industry.

“With a name like Common Language, we strive to be inclusive for everyone and want to give back and support various segments within the community,” he said.

In addition to their roles at Common Language Brewing Co., Johnson is Senior Manager and General Manager of Pathology at IDEXX Laboratories in Sacramento, Calif.; Durrant is a Denver-based water engineer; and Hobbs is a former WSU defensive lineman who works as a digital media specialist for the university’s athletics department.

Lowrie is chair of data, technology and engineering at UC Davis Continuing and Professional Education, according to the university’s website.

Thudium, a UC Davis graduate, was part of a team that won the university’s 2020 Iron Brew competition for Caledonian Nights, an export-style Scottish beer.

Owens spent several months renovating the 3,500 square foot space on Riverside Avenue into a brasserie. The space was once occupied by River Rock Taphouse, which closed during the pandemic.

The building is owned by Cowles Real Estate Co., a subsidiary of Cowles Co., which also publishes The Spokesman-Review.

Common Language is hosting a grand opening event starting at 3 p.m. Friday that will include giveaways, a photo booth and live music from Matt Mitchell.