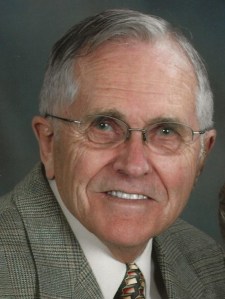 Growing faithful to the Word of God, he had hoped to become a pastor. Although he could not attend seminary due to his hearing loss, he continued his Bible study throughout his life. After college, he was hired by Universal CIT Credit Corp for 11 years, working in Grand Forks, Duluth, Rochester and Bismarck. He then started a mobile home dealership in Albert Lea with his partner, Marvin Strolberg. They had been in business for 18 years and had outlets in Stewartville and Waseca, MN and Manly, IA. They also built three mobile home parks in Albert Lea and Stewartville, MN and Fort Leonard Wood, MO. They also built two motels, in Albert Lea and Austin, MN. Around this time, they also began building housing for railroad crews in Wyoming, Oregon, Colorado, Kansas and Nebraska, and repairing housing in Iowa, Texas and La California. After that he started a construction company, Dave Hagen and Associates – and built a number of houses in Albert Lea, MN. He was a member of First Lutheran Church, Albert Lea, MN, where he taught Sunday School at various levels for years. David was instrumental in setting up and running the TV program ‘Peace and Power’ and was active with Sons of Norway for over 25 years. Throughout his years he sought the Kingdom of God on earth as we say in the Lord’s Prayer.

He and Alice retired and moved to Bad Medicine Lake, MN in 1995. They often wintered in Pfarr, TX, where David was commissioned to build stained glass at a missionary church. He continued to work helping his neighbors and friends with construction projects and his own carpentry projects. David and his wife Alice celebrated 67 years of marriage on July 31, 2022. Over the years they have created many memories with family and friends, all with Christ at the center.

He was predeceased by his parents, brothers and one sister and in-laws, Hilding and Helen (Wamhbeim); his sister, Solveig and Jerome Jevning; his brothers, Richard & James; and his brother-in-law Kenneth Johnson.