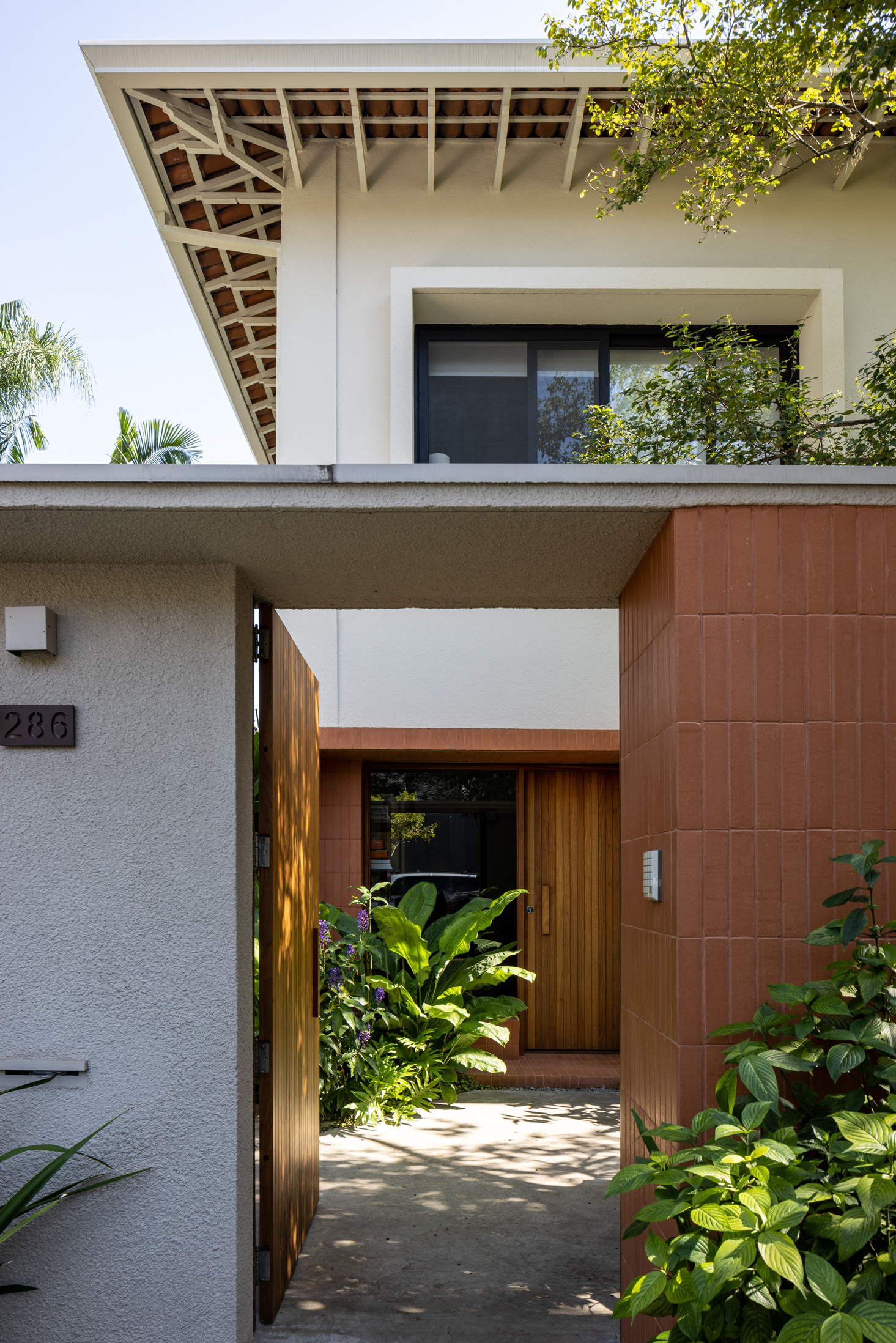 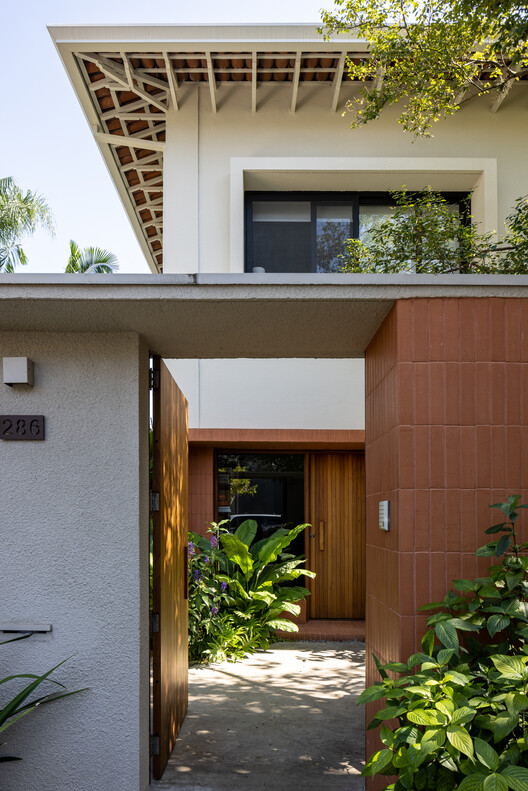 Text description provided by the architects. Creating a unique identity for two neighboring houses that were different from each other: this is how this project begins, located in Jardim América, in the city of São Paulo. The first of them presented a colonial style, with exposed wood under the eaves; the second, smaller, resembled the typical two-storey houses of São Paulo, with a concrete slab roof.

Now a wire mesh panel attached to the front facade of both buildings connects the upper part of the houses. Some windows have frame extensions in which there are built-in flower boxes. On the ground floor, the glass roof covered with ceramic tiles extends around the house. The same terracotta color appears on the sheet metal gate. The passage that separated the two houses has been the subject of a landscaping project and is now an outdoor living space.

“In the interiors, we made a more assertive intervention to connect the spaces that we had planned. On the outside, we used striking elements to create the identity that transformed the two houses into one.

The gas fireplace is placed in the Brasilia granite box. Large windows – note that their height guides all the alignment of the openings and the finishing materials of the social space – take the place of the old windows. Partitioned spaces give way to open rooms with few partitions.

The library of Marcenaria Baraúna accompanies the sculpture of Flávio Cerqueira. Between the living room and the kitchen, the curved wall is covered with strips of levied white granite itaúnas – the spaces between them hide the hanging hardware for the wall artwork, which can be moved around the room.

The natural stone dining table is designed by Todos Arquitetura. Instead of being placed side by side on a flat surface, as usual, the diptych looks more attractive hung on perpendicular walls. The vintage cabinet was found at an antique store. The resident, surface designer, has fitted out the space of her studio next to the garden. The polished brass door defines the boundaries between the social space and the kitchen, a good contrast to the soft palette that colors the meal prep space. Television sessions and studies take place in this room on the second floor, next to the children’s bedrooms. Kids’ suites feature the same style, with few features and a neutral palette. The master bedroom has a neutral decor, with cozy textured materials.