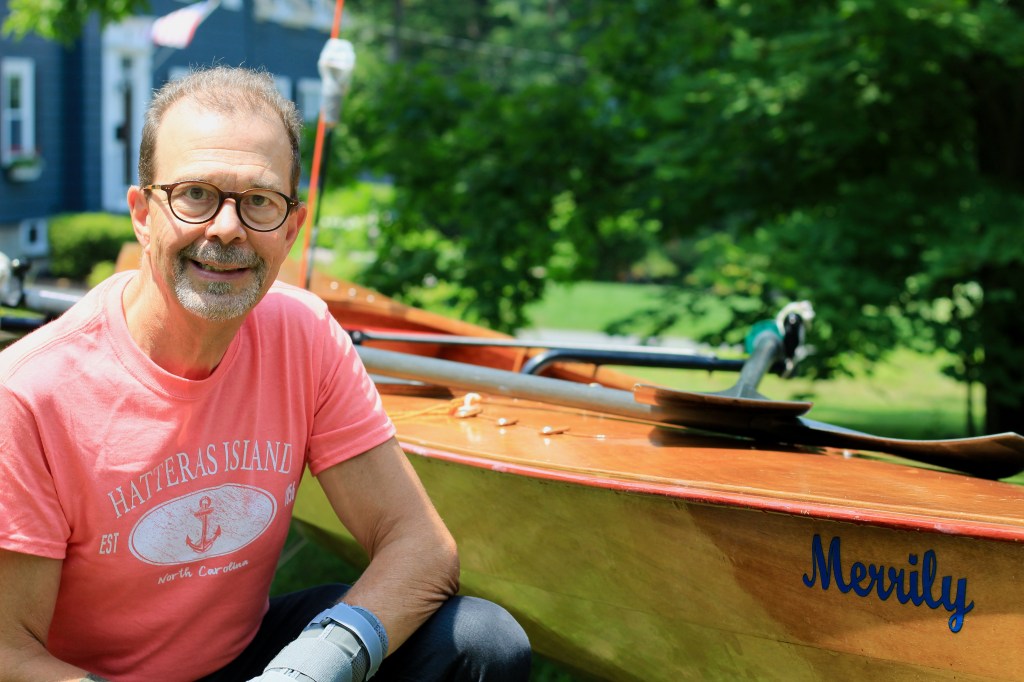 Barely three days before, he had spent 10 hours paddling in a gust of wind. Her fingers and wrists were swollen from struggling with the intense current. Staying even the slightest bit ahead required all the strength he had at his disposal. Despite the immeasurable pain, he had gone too far to turn around.

Whether by land or sea, Nehring was determined to complete the last leg of his 500-mile journey, which had lasted four summers. Each summer he had rowed different stages of the journey that began at Conference House Park in Staten Island.

“In previous summers, I averaged 25 miles per day. For this last leg, I only had 60 to 70 miles to go and I was like “well, why be hard on myself? Let’s aim for 15 to 20 miles a day, ”said Nehring. “So I went into this thinking thinking it would be relatively easy, but Mother Nature had other plans.”

In addition to testing his physical endurance, Nehring set out on the journey to raise money for the Mary, Joan and Nancy Scholarship for Courage and Compassion.

The scholarship was created in honor of three important women in Nehring’s life: his mother Mary Nehring, his stepmother Joan Sutherland and his close friend Nancy Sizer. Each took care of their partner for the rest of their lives thanks to a prolonged terminal illness.

“It was really quite remarkable, the emotional work they undertook and I wanted to honor it for all caregivers around the world,” said Nehring. “At the same time, I have come to respect many of our students at UMass Lowell, many of whom are first generation students. Many of them come from immigrant families, many students of color, who have to work twice as hard to enter university and succeed in university. “

During its nine years, the recipients have received approximately $ 1,500 each. Although the amount may seem small, it still made a difference.

The physical sacrifices to collect the scholarship money, Nehring said, are nothing compared to the sacrifices his students often have to make to attend school, he said.

“My brief physical challenge is a reminder of the lifelong challenges that so many of our first generation students endure and overcome to get to college and prepare for graduation,” he wrote in an email to supporters after reaching Cape Hatteras, NC

Thirteen years ago, he embarked on a similar effort, raising funds while cycling from Boston to Seattle. Then he raised $ 30,000. Today he has raised over $ 70,000.

Despite the difficult end of the trip, he retained his sense of humor.

Standing in his front yard, wrists still in splints, Nehring shows off the boat he affectionately named “Merrily” – a nod to the classic rhyme “Row, Row, Row Your Boat”.

On the water, it is a tradition for the captain of a ship to repeat the name of the craft three times on the marine radio when entering port. The reaction he received was pretty much as expected.

“Merrily” was built by Nehring in his garage using a Chesapeake Light Craft kit. It is made of African wood okume, with fiberglass inside and outside. She weighs around 90 pounds.

He was not always an experienced rower. It wasn’t that long ago that he was found in the university boathouse taking lessons. When it closed due to the pandemic, he used Ayer’s Sandy Pond. Like his most dedicated students, he was persistent in learning.

Just five years ago, he was looking out of his office window on the fifth floor of the O’Leary Library. He saw people rowing on the Merrimack River and decided it was something he wanted to learn to do.

“After a year of rowing on the Merrimack, I thought, my God, maybe I could increase the endowment for the scholarship – the price of the university goes up – and just like I did with my bike ride, maybe I could go on an epic great rowing trip, ”said Nehring.

As he rowed along inland waterways and canals, he found places to camp for the night, carrying his food and personal effects.

“All the intermediate trip that I do on my own. “

Considering the physical impact that the rowing trip took him, he might consider exploring another physical feat.

“I don’t know if it will be rowing, I’m not very interested in getting into a rowboat right away. But I thought about [hiking] Road of [Santiago] in Spain.”

Partly because of Nehring’s physical endurance but also many donations from the community, the amount will now be closer to $ 3,000. The final fundraising goal is $ 80,000 and donations will be accepted until August 16.

“Thanks to a very generous anonymous donor, all donations up to $ 80,000 are instantly doubled. “