Judoka Gabriella Wood aims to take “one fight at a time” 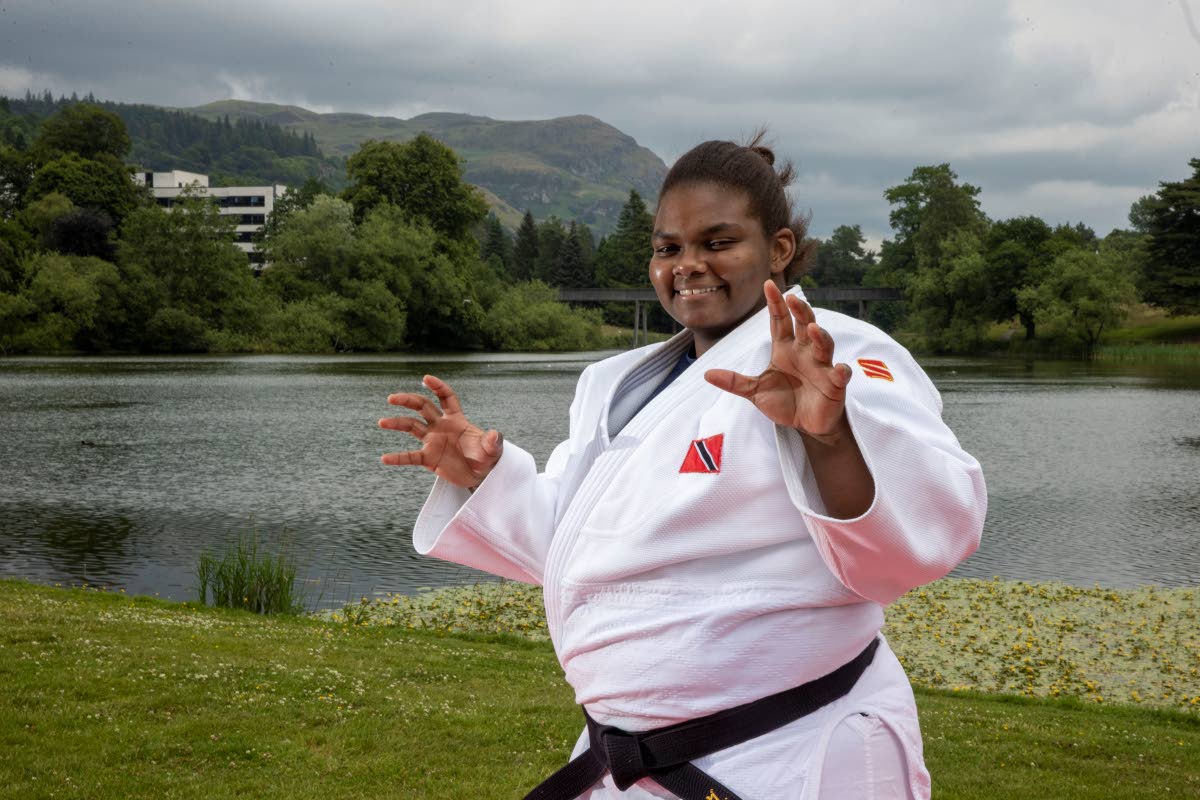 Gabriella Wood begins her journey to the Olympics on Monday and will be joined by Scottish father / son coaching staff Lee and Cailin Calder.

The 23-year-old judoka is the first female TT judoka to qualify for the Summer Games and the second athlete in the country to achieve the feat in this discipline.

On June 23, Wood secured a spot in Tokyo via the continental Olympic ranking quota in the Pan Am region. She made her debut on July 30 in the + 78kg category at Nippon Budokan, the “spiritual house” of Japanese martial arts.

The national judoka is currently in Scotland to finalize preparations before the competition. There are nerves, she said, but Wood plans to take one game at a time. The opponents should be drawn on July 22 or 23.

“The plan was always, before the Games, to see how it goes and try to win a game. We are not aiming for a medal. I know a lot of people believe that once you qualify for the Olympics, you can get a medal.

“But I don’t think they fully understand the kind of work that is required to qualify for the Olympics, let alone get a medal,” said Wood.

The Santa Cruz athlete began to be introduced to judo at Maria Regina Primary School in Port of Spain, but got seriously involved in the sport at St Joseph Convent in Port of Spain. She then began training under Mark Littrean at the Queen’s Park Judo Club, followed by then-national judo coach Jesus Chavez.

Wood competed in a few local tournaments and then won his first major medal with a silver medal at the 2015 Pan American Junior Open in Panama.

The following year, she fought for bronze at the 2016 PJC Junior Cup (Dominican Republic) and the US Olympic Junior Open (Dallas, TX). She went on to clinch silver at the 2019 Scottish Open Championships (Glasgow).

In anticipation of the biggest competitive challenge of his ever-flourishing career, Wood wants to keep a cool head.

“I’m still pretty young in the sport and haven’t been on the senior tour for so long, about four years. I’m still pretty new to it, so my take (the Olympics) is to go out, enjoy the experience, do my best, and focus on one fight at a time.

“I’m just trying to relax right now. I did the job. I know my sport. It’s just to go out and do what I do best. I see it like any other judo trip because if I start to think about it too much I will start to get nervous, ”she added.

Wood said the love for his sport and the encouragement of his coach and training partners, in good and bad days, is his biggest motivation.

In a recent interview with the University of Stirling, coach Lee attributed Wood’s dedication and commitment to his sport

“Qualifying for the Olympics is a fantastic result for Gabriella; she worked hard and tirelessly to achieve her goal.

“I’m so happy to have been a part of Gabriella’s journey – we’ve built a great relationship since I’ve been her coach and I’m so proud of her.

“I never thought, when I started training judo, that I would have the opportunity to train at an event of this magnitude – the pinnacle of our sport – and to accompany a player on the Olympic carpet. Although the challenge will be difficult, it will be a great experience for Gabriella and myself, ”said Lee.

Being the first female athlete to represent TT in this sport at the Olympics is a title that she believes comes with a great duty. Wood wants to take this opportunity to help pave the way for young TT athletes, especially women, and be an example for future judokas.

After winning his first international medal in 2015, Wood graduated in 2016 and then traveled to Mexico for a month-long training camp. She stayed and trained for two more months.

In 2018, she left TT and traveled to Hungary to hone her craft at the Olympic Training Center of the International Judo Federation. At the end of the year, Wood visited his family in Scotland, took a few training sessions there, and got a partial sports scholarship to the University of Sterling for a Bachelor of Sports Studies.

Since then, she has forcibly joined the father / son combination of Lee, Cailin and Reece Cadler.

“Judo has now become my life, more or less. I made a lot of friends and been to a lot of different places because of this sport. It’s become my life and I really wouldn’t want it any other way.

“The reality is, yes, you can get good at judo in Trinidad. My trainer always tells me that I am one of the most technically sound judokas, but I do not have this level of competition, training and fighting experience, which was inaccessible to me in the Caribbean ”, a- she added.

After spending the last three years in Scotland, Wood remains hopeful that he can return to TT in December to enjoy a good double and Christmas ‘Trini’ after his Olympic debut in Tokyo, Japan.

The Games take place from July 23 to August 8.