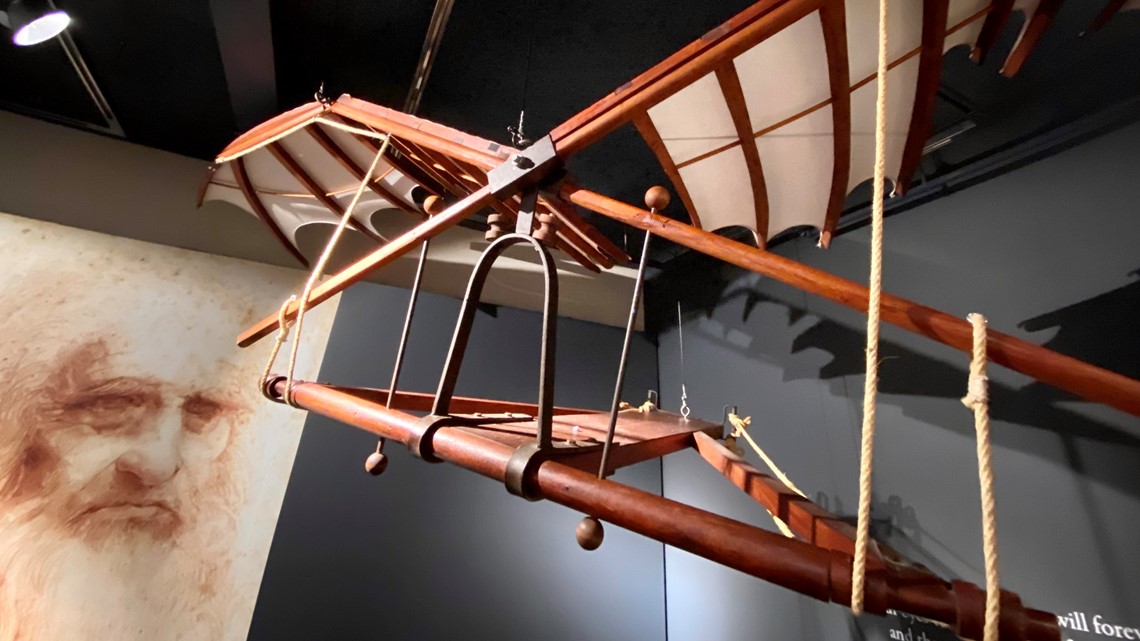 The artist was also a prolific inventor whose ideas were recreated for the exhibition, on display until January 2022. # k5evening

SEATTLE – A new exhibition at MOHAI brings some of Leonardo da Vinci’s inventive ideas to life.

“We know that Leonardo is a great artist, we think of the Mona Lisa. But did you know he was a great inventor? “Said Leonard Garfield, executive director of MOHAI.” Leonardo Da Vinci is the definition of Renaissance man. “

The exhibition is made up of wooden models, all based on Da Vinci’s codices. Italian and European artisans used traditional woodworking techniques to replicate what they might have looked like if they had been produced during the Renaissance era.

Some rooms are interactive, allowing visitors to explore Da Vinci’s engineering ideas for things like ball bearings and self-locking mechanisms.

There are also larger models, like a glider and an aerial screw, representing Leonardo’s fascination with flight.

“He was the absolute consummate observer of nature. He watched the water, he watched the animals, he watched the human body,” Garfield said. “And there are so many examples in his work where nature inspired him to build something great.”

Da Vinci also had a number of military inventions, including the very first tank. Visitors can also see his idea for a spacesuit, a planned city with raised houses to combat pestilence and disease, and musical instruments like a drum machine and portable piano.

He even designed costumes and designed an eight-panel mirror room for admiring himself.

Da Vinci – Inventions is on display at MOHAI until January 3, 2022.