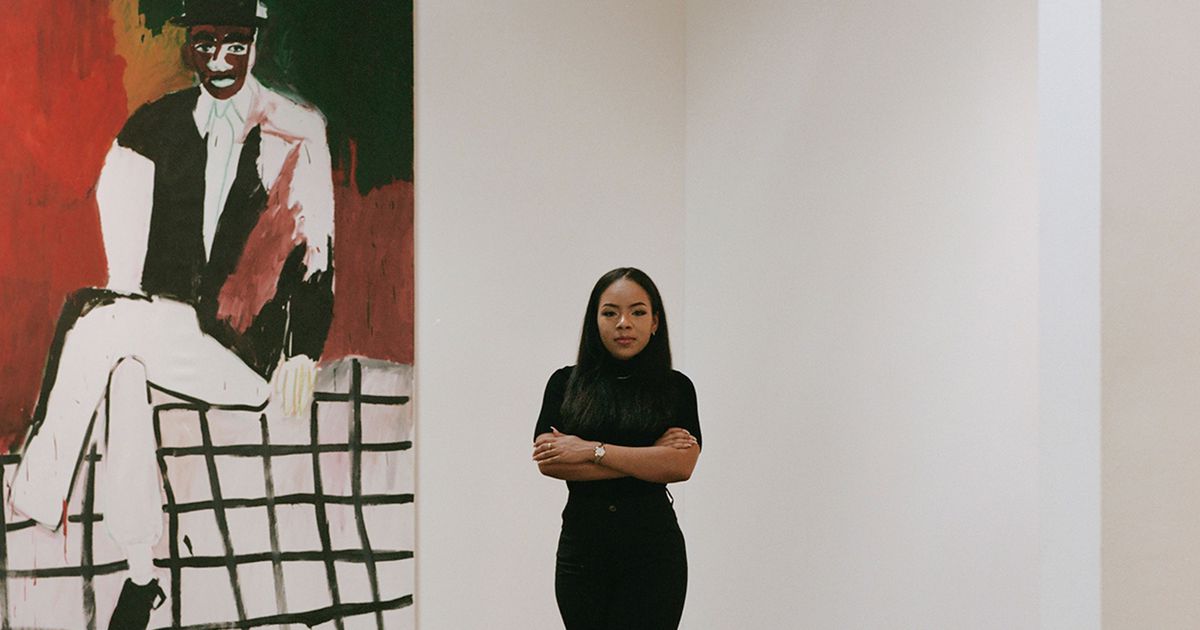 Atlanta Art Week is Walker’s effort to remedy this situation. The event is from September 29 to October 29. 2, and it moves around the city, from the Westside to artist studios south of the city in Buckhead, Emory and Inman Park.

The galleries will host talks and receptions like the one at the Sylvan Hills Temporary Studios which provides a window into Atlanta’s community of emerging artists. Hosted by Sarah Higgins, editor and art director of Atlanta-based magazine Art Papers, the opening reception for the “Oneness, That is Too” exhibit at Temporary Studios examines ideas of nature and the world outside of the human. The exhibition incorporates animals and microbes in an inspired nod to the non-human.

Atlanta Contemporary presents a “Meet the Makers” gathering where artisans will have wares for sale. Other events include tours of the Coca-Cola Collection, which features works by Frank Stella and Andy Warhol, and brunch at West Midtown’s new art gallery Wolfgang Gallery.

Many of the events during Atlanta Art Week are free, with some ticketed events like a tour of the Mercedes-Benz Stadium Collection, which includes site-specific works by artists Radcliffe Bailey, Mr. Brainwash, Sanithna Phansavanh and Hungarian sculptor Gábor Miklós Szőke who created the 36-ton steel Falcon outside the stadium, and an opening night in Buckhead Village for the Gallery 88 Design House.

A native of Warner Robbins, Walker graduated in 2019 from Georgia State University with degrees in art and psychology. She has worked as an intern at the Arnika Dawkins Gallery and as an art editor for publications such as Cultured Magazine, The Art Newspaper and Artsy. As an art advisor, her niche works with black collectors and artists. “It’s just what I love and what excites me.”

In April, Walker created Black Art Experience, an event designed to encourage black art collectors and introduce school children to art during the Expo Chicago contemporary art fair. The success of this event gave him the confidence to create Atlanta Art Week.

“America” ​​by photographer Christy Bush, taken from her book “Familiar”. Bush will give a talk and book signing at Jackson Fine Art during Atlanta Art Week. (Courtesy of Jackson Fine Art)

“America” ​​by photographer Christy Bush, taken from her book “Familiar”. Bush will give a talk and book signing at Jackson Fine Art during Atlanta Art Week. (Courtesy of Jackson Fine Art)

Residents of Atlanta’s art scene have often lamented the lack of cohesion in the city with galleries and museums spread throughout the city and no dedicated arts district, making coordinated art openings and explorations of art seen in other cities difficult to achieve.

“All of these people and organizations are doing great work, but it’s spread over a sprawling metropolitan area. It’s very hard to see the forest for the trees,” says Davis.

“The coolest part of it all is that all of these creatives have made Atlanta their home and the place where they want to build their craft,” says Delotch.

Walker hopes that showcasing the arts, galleries, and institutions in a less formal way will make people unfamiliar with the arts in Atlanta more comfortable entering these spaces.

“For those of us who live here, we know what’s been going on for decades and the people who do the tireless work of cultivating our vibrant cultural community,” says Delotch.

“But the rest of the world is barely discovering this part of Atlanta. Atlanta Art Week captures that energy in a concise way that invites people across the country to come see what we have to say.

Meet the creators. An emporium of independent art and artist-made products, SHOP at Atlanta Contemporary will highlight products made by artists and the artists themselves to celebrate the store’s first anniversary. Have a cocktail, watch pottery being thrown and contribute to an ongoing puzzle at this fun event hosted by Lynne Tanzer. 6 p.m. to 8 p.m. Thursday, September 29. Atlanta Contemporary, 535 Means St. NW, Atlanta. 404-688-1970, atlantacontemporary.org

“Mary Henderson: Being Together.” The Philadelphia-based artist creates striking hyperrealistic oil paintings steeped in everyday vernacular that feel fresh and immediate and connected to our own reality. Her subjects parade through crowds in public spaces and speak of a collective identity that feels hopeful, communal and anticipatory in our post-Covid world. The reception of the artists will also be punctuated by an overview of upcoming exhibitions. 6-8 p.m. Thursday, September 29. Marcia Wood Gallery, 764 Miami Circle NE, Suite 150, Atlanta. 404-827-0030, www.marciawoodgallery.com

“Unity is also.” Curated by Art Papers editor Sarah Higgins, this group show (Sept. 29-Oct. 22) at the Temporary Studios complex has an unusual premise. The show examines how internal and imaginative journeys are expressed in visions of nature, wilderness and the cosmos. Reception from 6 p.m. to 8 p.m. on Saturday October 1st. Temporary Studios, 1910 Murphy Ave. SW, Atlanta. 404-827-0030, artpapers.org

OVERVIEW OF THE ARTISTIC EVENT