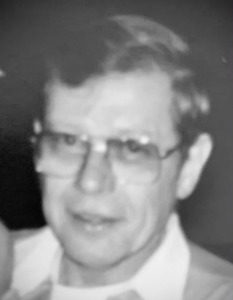 Robert Lee Pugh, 83, of Logansport, passed away peacefully at 8:03 a.m. on Wednesday, March 16, 2022, at his home surrounded by his wife, children, grandchildren and sister-in-law, Dorothy.
Born December 31, 1938 in Logansport, he was the son of the late Wilson Lee and the late Mildred Louise (Westerman) Pugh. He graduated from Logansport High School in 1957. On May 31, 1958, he married Delores Ann Klein at St. Joseph’s Catholic Church by Father Vernon. They have enjoyed over 63 years of marriage.
Bob previously worked at Logansport State Hospital, then worked at Exide for 30 years as a maintenance man, retiring in 1990. He then went to work for General Tire, which later became Gen Corp, then Trellaborg as a maintenance man, retiring from there in 2001. After that Robert continued to work in maintenance at Chase Center until he fully retired and remained at home. His commitment to work was second to none. His dedication to his work was exceptional, seven days a week, up to 12-16 hours a day. He was a member of the Knights of Columbus, where he was a five-time grand knight and a life member, third and fourth degree.
Bob enjoyed restoring old houses and working with wood. His specialty was restoring Bankers Row homes in Logansport. He enjoyed playing cards, mainly euchre and poker, and could play for hours. He also enjoyed playing golf, and his other interests include baseball, track and field, and swimming. Robert and Delores lived on the Wabash River on Pottawatomie Road, where they had many gatherings and celebrations with family and friends. Bob was always up for a good party. Everyone was welcome to come and sit on the veranda and enjoy the shore.
Family was the most important thing to Bob, as he was the “boss” of the family. When you heard the Pottawatomie Road whistle, you knew it was Bob Pugh and it was time for everyone to go home.
Survivors include his wife, Delores Pugh, of Logansport; daughter, Shawn Swartz (David), of Walton; son, Steven Pugh (Tracy Knackmus), of Logansport; grandchildren, Carrie Ennis (Ben), Shae Smith (Adam), Lamar Pugh (Nick Anderson), Mariah Swartz (Nick Polen); great-grandchildren, Gabrielae and Aleck Fred, Summer Johnson and Stormi Smith. He is also survived by his twin brother, Joseph Pugh (Marge) and numerous nieces and nephews and extended family.
He was predeceased by his parents and sisters, Ilene Pugh and Shirley Lane (Allen).
Special thanks to all who offered condolences, food and prayers, Kindred Hospice, Miller’s Merry Manor rehab and Dr. Cory Neumann for their loving healthcare, compassionate care and support during declining health of Robert.
A Christian Funeral Memorial Mass will be held at 10 a.m. on Thursday, March 31, 2022 at All Saints Catholic Church in Logansport.
Arrangements have been entrusted to Rans Funeral Homes & Crematory, Marocco Chapel, Logansport. Bob’s online guest book is available and condolences can be sent to the Pugh family at www.ransfuneralhomes.com.