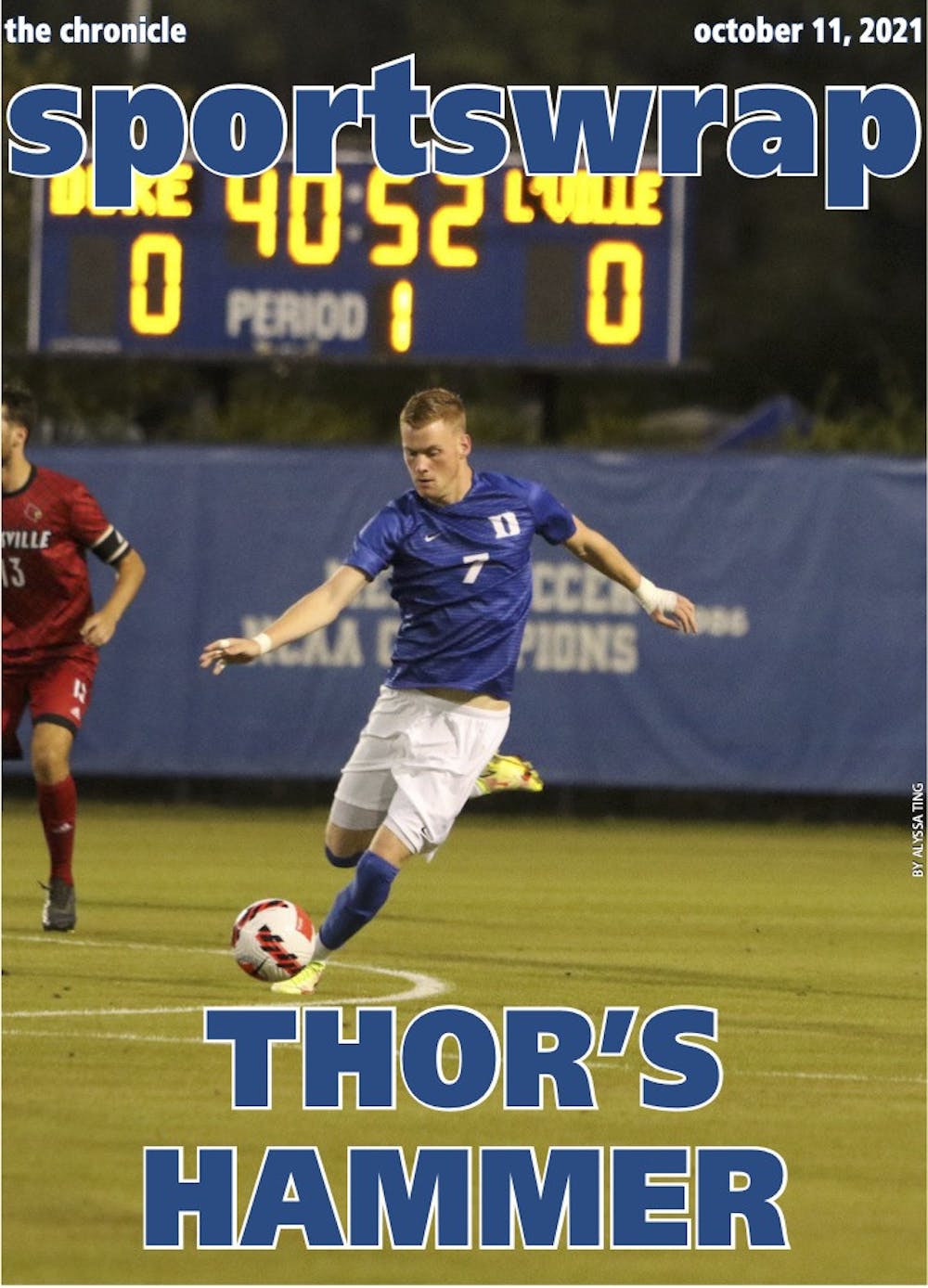 Sportswrap is your one-stop-shop for everything related to Duke athletics, where we’ll recap how each of the Duke sports currently competing over the past week has performed and give a brief glimpse into the future. Here’s our recap for the week of October 4-10.

The Blue Devils’ struggles continued for the second straight week on Saturday, losing 31-27 to Georgia Tech in 60 minutes of fierce football. Running back Mataeo Durant carried the ball 43 times, setting a program record for single-game runs, en route to 162 rushing yards. Quarterback Gunnar Holmberg quietly put in one of his career best performances with 292 passing yards and a 76% completion score, but it wasn’t enough to overcome the team’s many mistakes. while the Yellow Jackets scored on a last minute drive to push Duke back (3-3, 0-2). -Jake Piazza

Despite superstar Michelle Cooper and Olivia Migli returning to the starting lineup, Duke No.4 abandoned a last-second decision at NC State – a game where the Blue Devils (9-2-1, 3-2-1 ) put up four goals expected against 1.23 for the Wolfpack. Duke rallied for a 5-0 win over Pitt on Sunday, but after the results of the entire conference that day, the Blue Devils are now unlikely to make it into the ACC tournament. -Em Adler

While No.3 Duke (9-2, 4-1) was finally beaten 3-2 in conference by No.13 Pittsburgh on Saturday after a dominant 3-1 win over Elon the previous Tuesday, the story of the week was the one written by second-year striker Thorleifur Ulfarsson. After scoring five goals in two games the week before, the Icelandic native took home last week’s awards, including National Player of the Week honors from three different outlets and Offensive Player of the Week from ACC. After that, he didn’t slow down, scoring another against Elon and, despite the loss, a goal and an assist against Pittsburgh. He now leads the ACC with nine goals despite missing four games early in the season and will look to continue his five-goal streak next Friday against Clemson. -Sasha Richie

The 22nd-ranked Blue Devils are ending a disappointing season and this week’s roster has proven to be as difficult as on paper. On Friday, the Blue Devils (5-8, 0-4) drove down the road to face the ninth-place Tar Heels and, despite their fight, lost 1-4. They redeemed themselves with a surprise against the No.17 Old Dominion, winning 5-1 on Sunday afternoon. Duke will face Syracuse on Saturday for Seniors Day. -Campbell Lawson

Duke continued to play ACC this weekend, falling to his competition in both games. The team lost in straight sets to Miami on Friday despite an outstanding performance at first row from senior Ade Owokoniran with 15 kills. Sunday’s game against Florida State was a tighter game, with the Blue Devils winning the second set to lose 1-3. Junior Moorea Wood caught fire this weekend, scoring seven wins on Friday and setting a new personal best of 14 on Sunday. Duke (11-6, 2-4) travels to take on Clemson and Georgia Tech this weekend. -Elena Karas

Get overtime, all Duke athletics

Subscribe to our weekly newsletter organized by an editorial. Cancel anytime.

The Blue Devils were back in action this week, competing in the ITA All-American Championship in Charleston, SC, and the Wildcat Invitational in Evanston, Ill. Georgia Drummy advanced to the quarterfinals at the U.S. Championships before being pulled out in their final match, while Kelly Chen and Chloe Beck lost in the consolation singles quarterfinals. Meanwhile, Beck and Karolina Berankova also fell in the consolation quarterfinals of the doubles tournament. At the Wildcat Invitational, the Blue Devils finished 14-4 over the three-day event, including an unbeaten 6-0 doubles slate. The team will then play in the ITA Fall Regionals from October 21 to 25. -Matthew Hawkins

Duke competed in the ITA All-American Championships over the past week. Sean Sculley, Garrett Johns and Andrew Zhang all competed in singles, while Zhang and Michael Heller faced each other in doubles. Zhang and Heller set the pace for the team, winning their first three doubles matches before falling on day four. -Piazza

Returning to the field for the first time since being knocked out of the NCAA tournament in May, the reigning ACC Champion Blue Devils began his fall season with three straight dominant wins. After wins over South Carolina and NC State last week, Duke outscored his opponents 24-2 with a dominant pitch alongside sophomore Kelly Torres’ hot bat. Duke will see East Carolina and UNC-Greensboro as the fall season continues next weekend. -Micah Hurewitz

The fall swing continues. In the Windy City College Classic, the Blue Devils finished in ninth place at +48. In a 15-team field, that result would be of concern in itself, but the fact that Stanford – arguably the most talented team in the country – finished 34 shots ahead of Duke indicates that the Blue Devils still have room to go. to improve. Next up for Duke is the Ruth’s Chris Tar Heel Invitational, which kicks off this Friday. -Max Rego

In the Hamptons, sophomores Ian Siebers and Jimmy Zheng led Duke to fifth place with +2 and +3, respectively. The Blue Devils finished 12 shots behind conference opponents Georgia Tech and Virginia, and 15 shots ahead of sixth-placed Yale. Duke has a week off before GC of Georgia Collegiate on October 22. -Rego