The faded tradition of hand block printing in Rajasthan 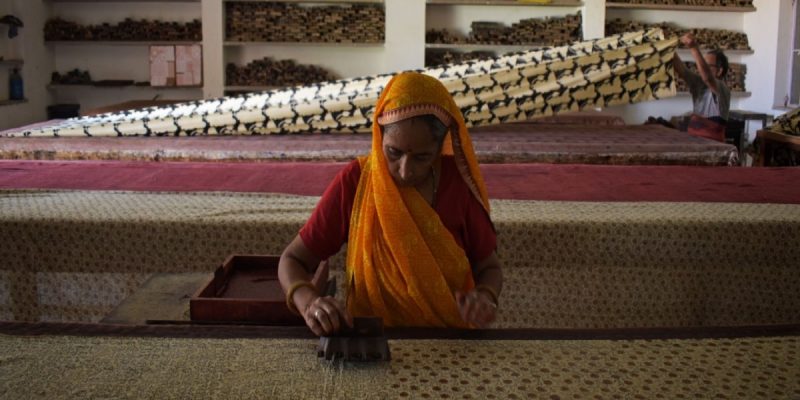 The kaleidoscopic construction of diverse economic and cultural (“eco-cultural”) identities across India provides a deeply rooted connection between a social group’s cultural tradition and the source of its economic sustenance.

For communities engaged in the intergenerational transfer of traditional knowledge, involving the production of rich and complex handicrafts, their own way of life, livelihoods and economic independence are shaped from their cultural communion.

One of these hand-printing practices has a long tradition in the rural and semi-urban landscapes of Rajasthan, especially in the Bagru, Ajmer and Sanganer regions. Traditionally practiced by a “caste” of printers known to belong to the “Chhipa” community, they passed on their know-how to their children as a proud marker of their identity.

However, in the face of the growing demand for cheap and mechanized textile products, emerging from the forces of hyper-globalization and rapid commodification, this traditional (handmade) craft and its professional value are no longer rooted in a community. as before. Handicrafts are also losing their traditional indigenous value under the clutches of a neoliberal market order for mechanized textile products.

In recent months, field researchers as part of a ethnographic project undertaken by the Center for New Economic StudiesThe visual storyboard team, OP Jindal Global University, tried to speak to many traders, businessmen, workers engaged in the production of hand-printed products across Rajasthan. Most traders have suggested that it is “The last generation of craftsmen” engaged in the work of authentic hand block printing production. This photographic essay attempts to bring out the complexities involved in the craft production process and the stories of those engaged in the process. 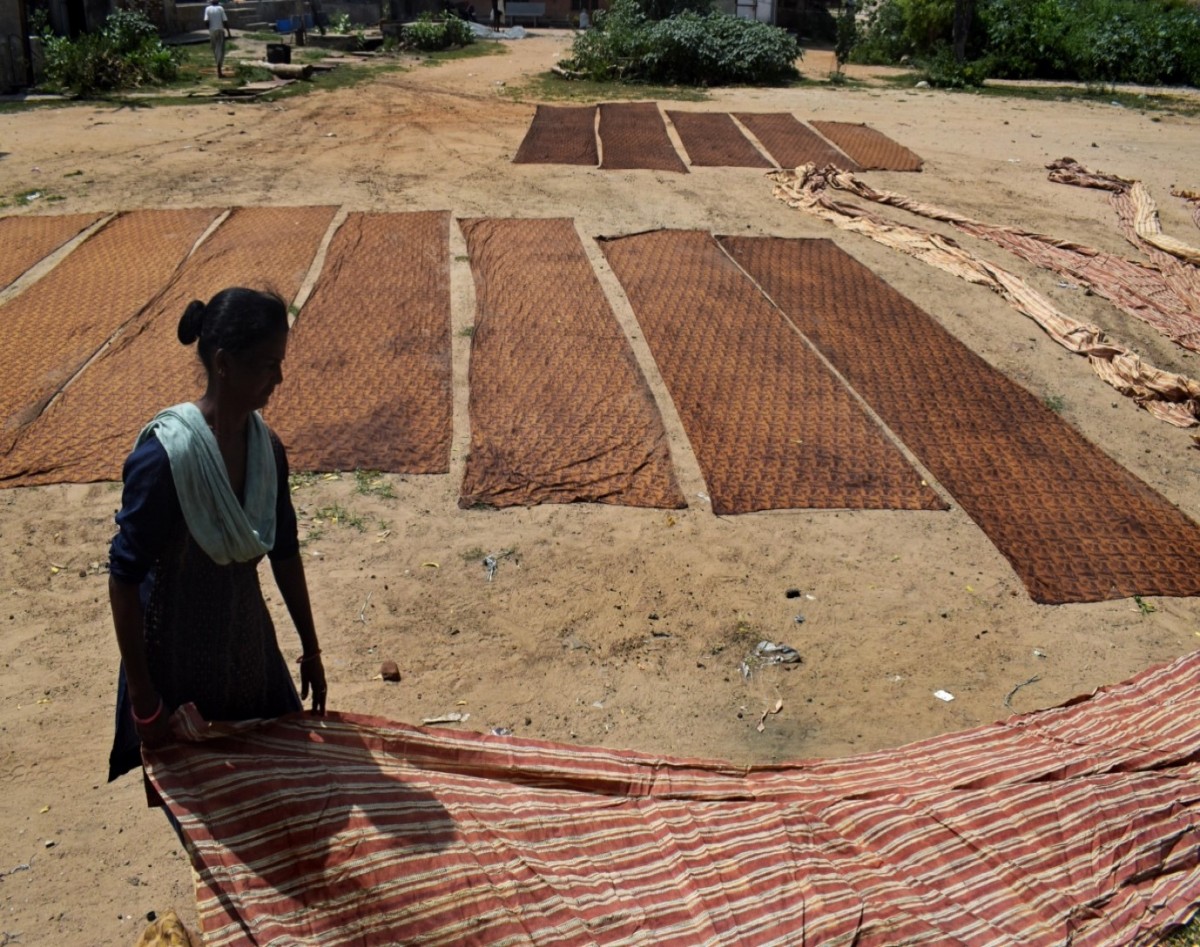 Bagru, a village 40 kilometers west of the city of Jaipur, is home to around 100 Chhipa families. This is where most of the authentic hand printing jobs are done.

The life of the members of the community is invested in the printing profession with most of the discussions surrounding his work as well.

While dhobis would wash the fabric, the Chhipas would print them with designs carved out of sheesham wood. 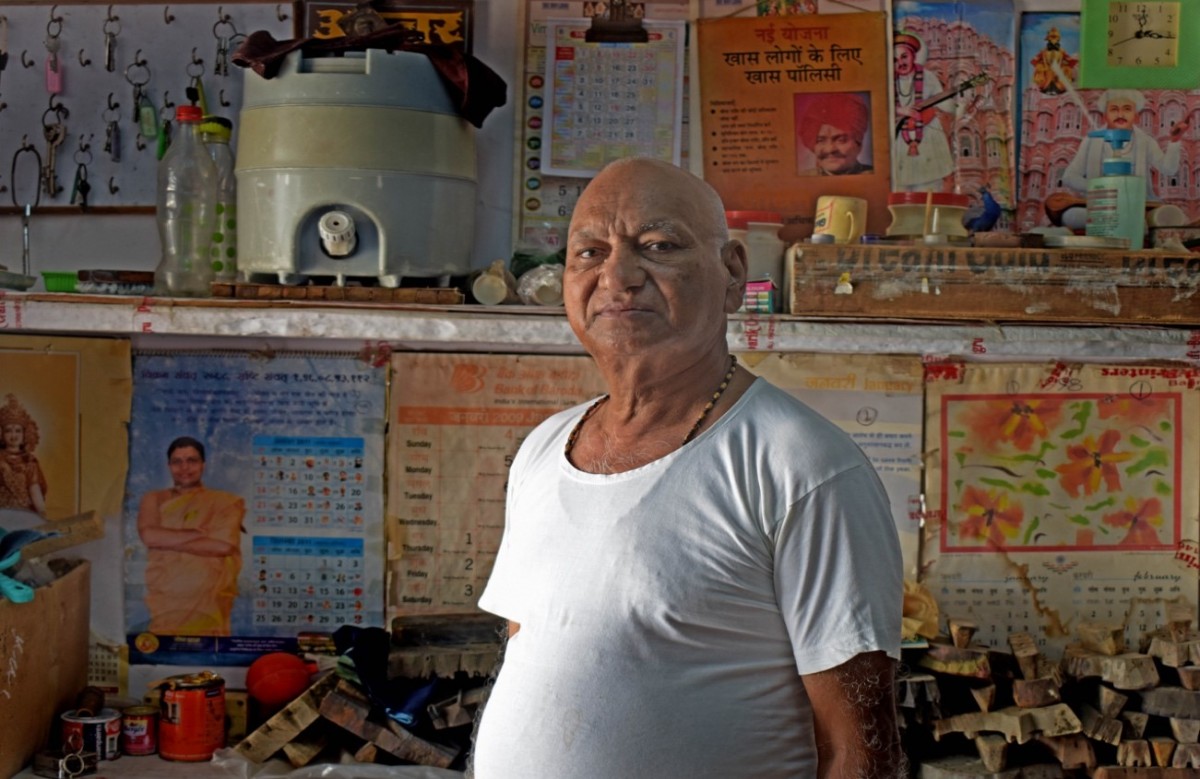 As the process of producing handicrafts has become more commercialized, mechanized capital has replaced the hands of workers with increasingly widespread “screen printing” as a production method to meet the rapid and increasing demands of the world. block printing market.

Although the use of capital and mechanized machinery has contributed to the scale of production, many, including artisans engaged in handicrafts, feel a loss of ownership and agency over their designs, while suffering from the loss of economically rich trade. The industrialized process discouraged the next generation of manual printers from embarking on this vocation as well. 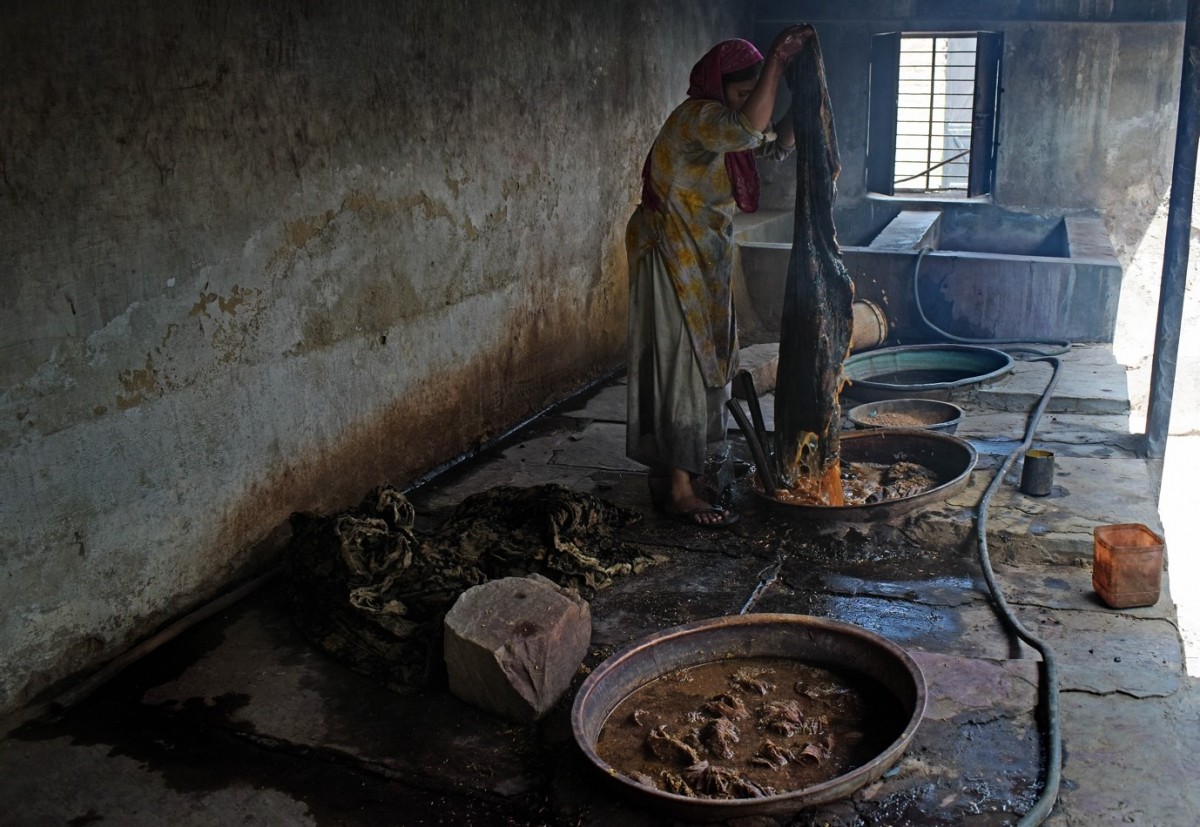 New generations of workers (and their children) see less usefulness in respecting traditions, and as a result of the needs and shape of modern educational curricula, integrated arts and crafts knowledge systems have lost their vital importance. Government programs are also minimal to support the craft industry and its workers.

The emphasis was more on making the cottage industry profitable – albeit through mechanized forms – rather than retaining what was authentic in the natural identity of the craft. 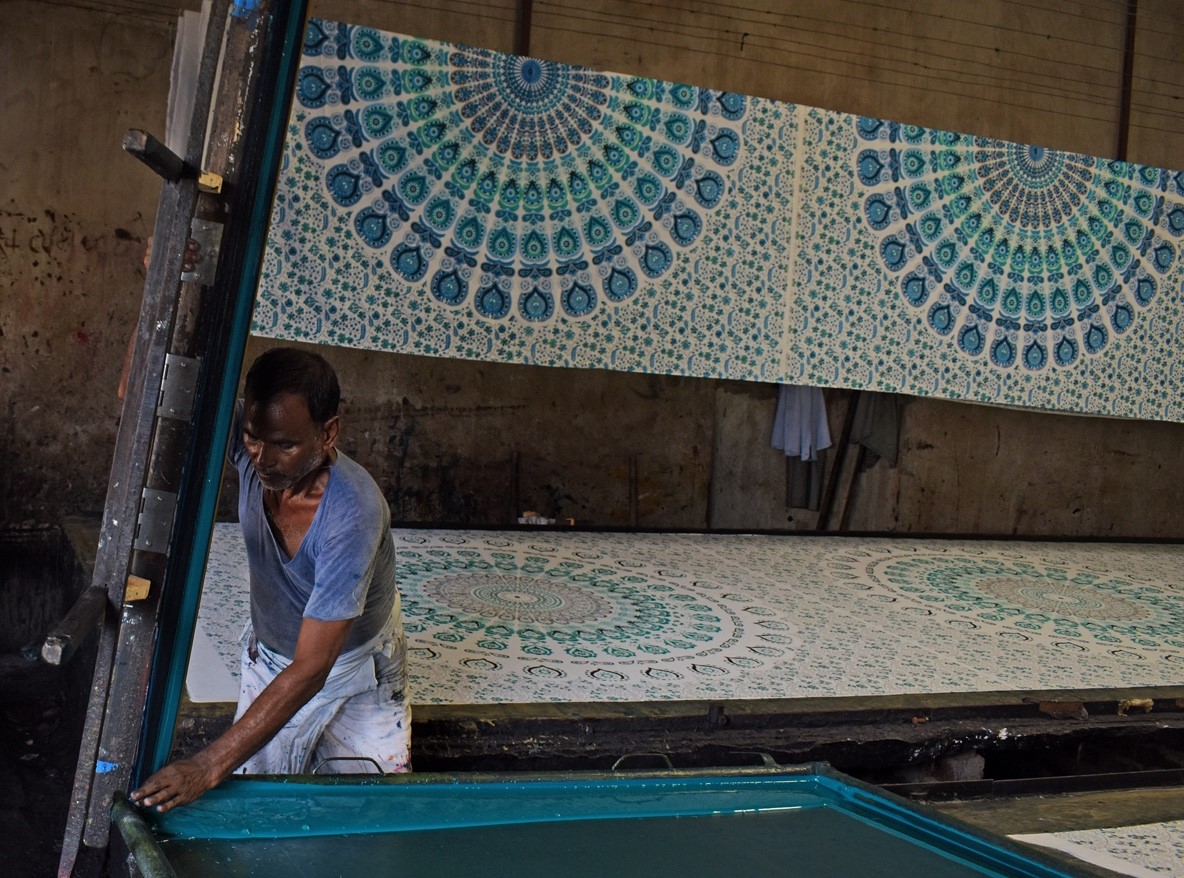 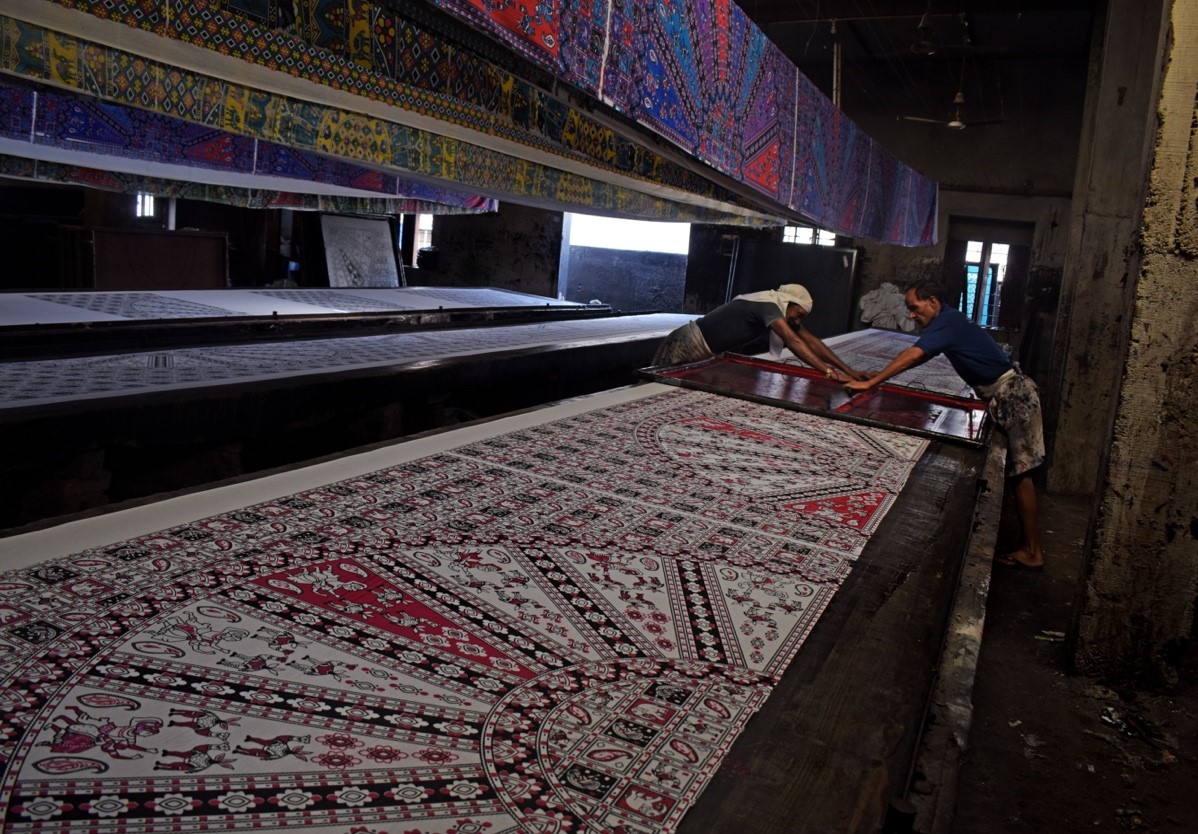 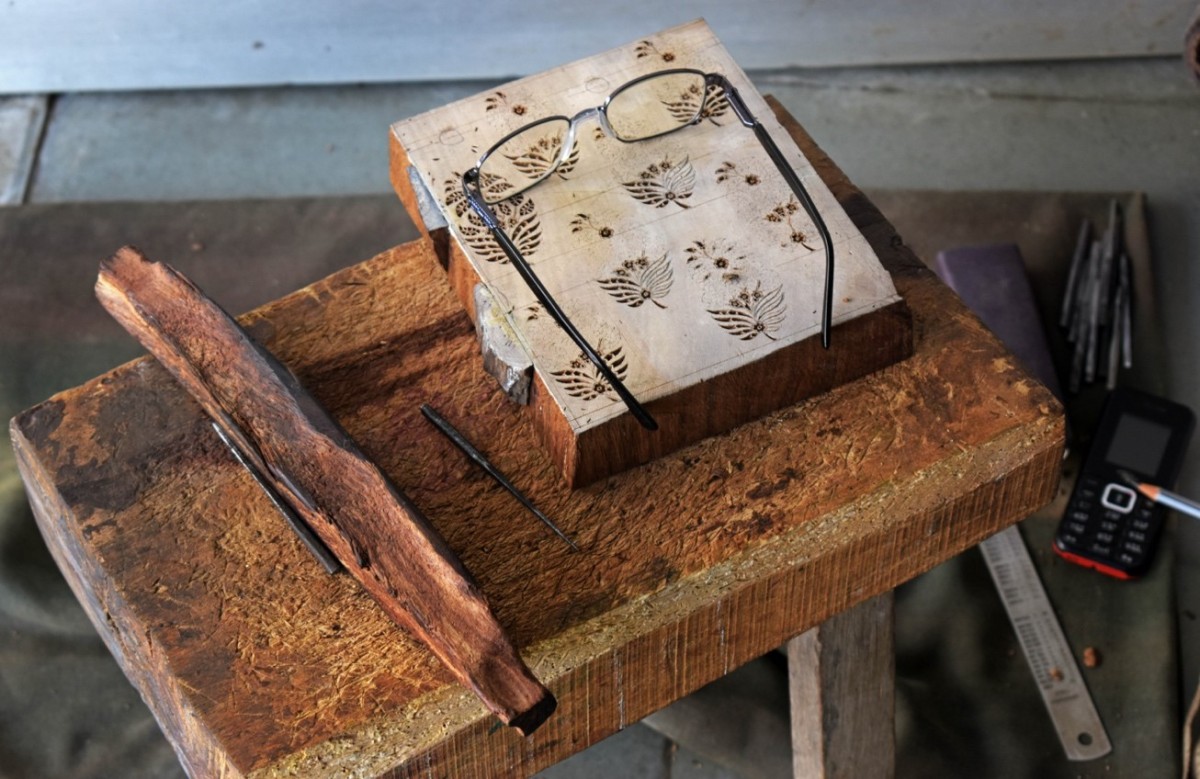 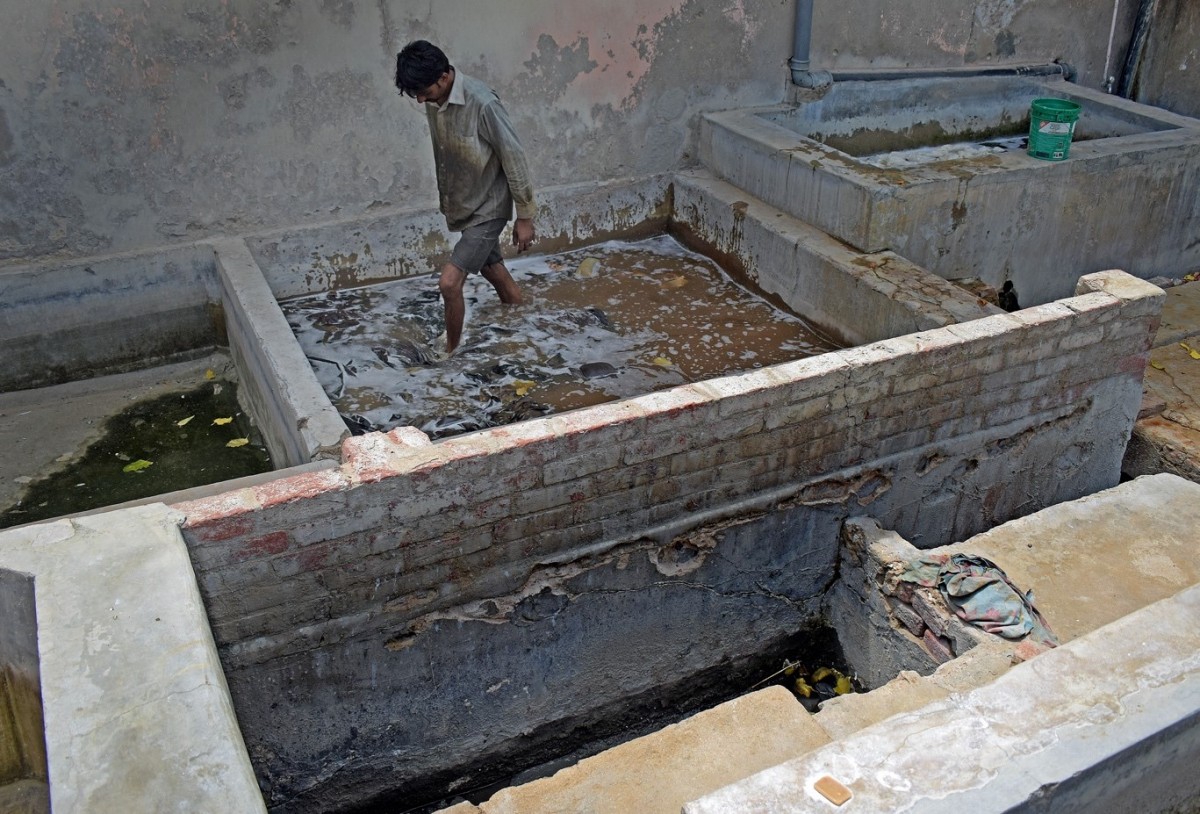 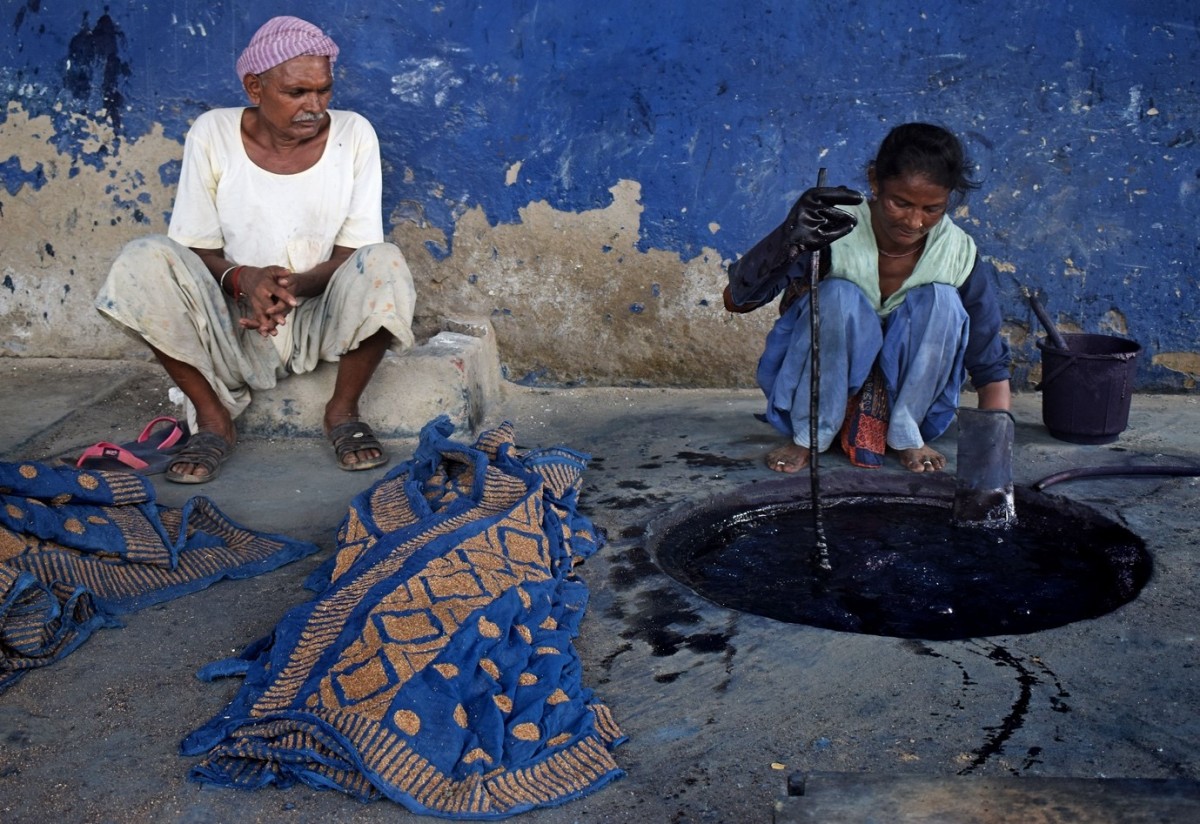 A woman prints on fabric using a hand block in a workshop in Bagru, Rajasthan. Photo: Jignesh Mistry. “When we do not recognize the skillful use of the ‘hand’ as a skill but the use of the machine as a skill for a worker, then who will benefit: the hand or the machine? Said Deepak Kumar Titanwala (left) and Suraj Narayan Titanwala (right) in front of their museum displaying traditional prints. Photo: Jignesh Mistry

As one of India’s largest employment sectors, the textile sector struggles to keep its workers employed in a rapidly changing (and mechanized) global economic landscape. Those engaged in the craft of hand block printing lament the faded authenticity of their art and the tradition of producing its crafts.

While there is a strong desire to preserve traditions, block printers want a more lucrative future for their children to allow them to resume the profession of their own generation. This is the only way they think hand block printing can survive its natural form and historically entrenched eco-cultural identity.

The authors would like to sincerely thank Raj Kanwarji, Dilip Singh Shekhawat and Namrata Singh from Ojjas, Bagru-Jaipur; Amit Kacholiya and Teerath Kacholiya from Indus Art & Emporium, Jaipur; Tarachand Saini, Amer-Jaipur Mahesh and Harsh Badaya of Riddhi Siddhi Textiles, Jaipur; Narendra Kumar, Sanganer, Jaipur; Suraj Narayan Titanwala and Deepak Kumar Titanwala, Titanwala Museum, Bagru, Jaipur, and Navratan Dosaya, Bagru, Jaipur for all their efforts and invaluable help in this project. Without their help, this project would not have been possible.

Most of the names have been changed to protect the identity of the respondent.

This study was carried out as part of a CNES Visual Storyboard initiative. Please check everything video trials and photographic essays on this storyboard to learn more about the team’s work and their visual archives.