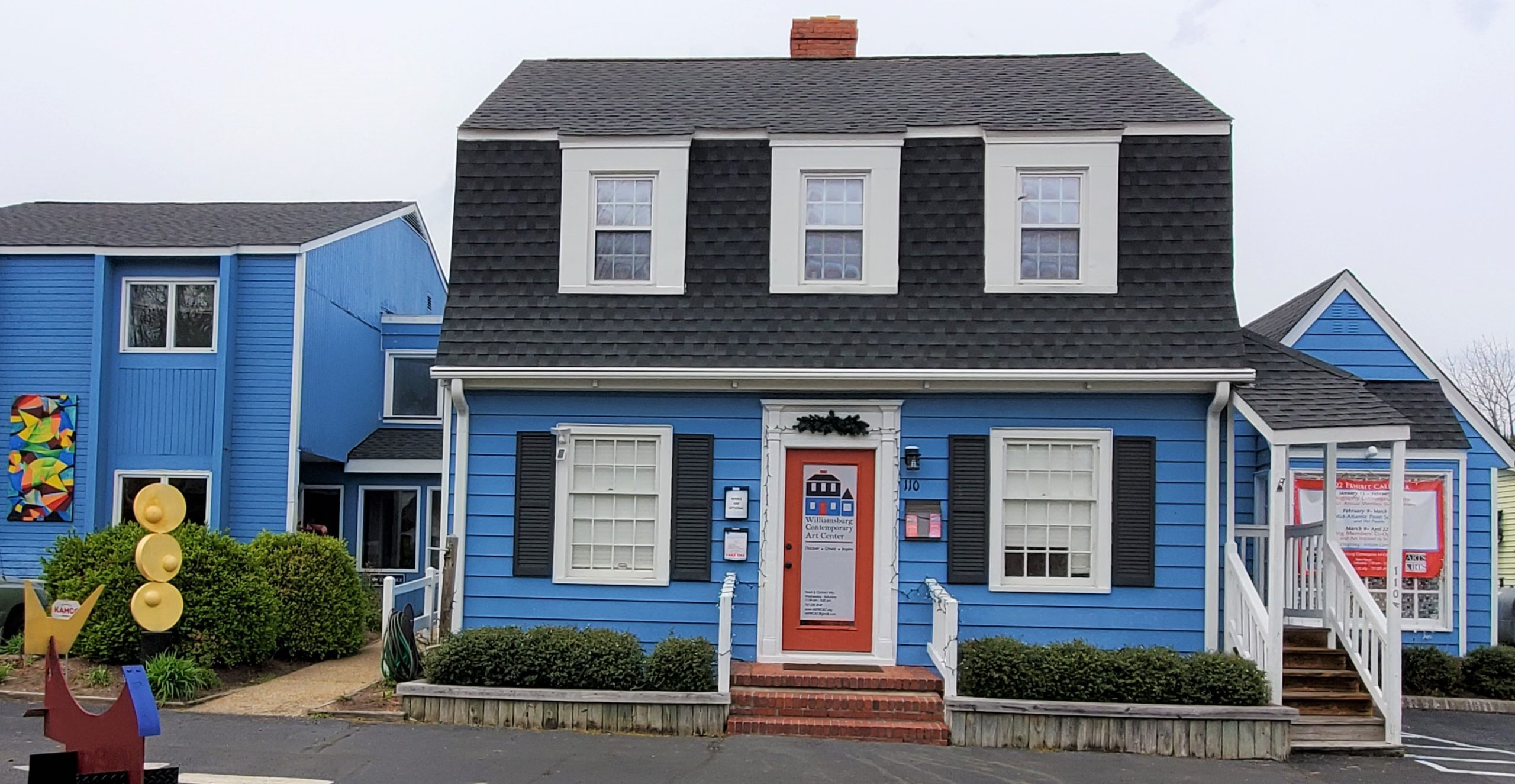 WILLIAMSBURG — The Williamsburg Center for Contemporary Art (WCAC) has been around for a long time.

The organization was founded in October 1959 by painters Christine Bullock and Sandy Shifflett.

“They were what we would call ‘contemporary artists’ at the time,” WCAC Board Chair Janis Wood said in an interview with WYDaily. “They wanted to form a gallery space where other contemporary artists could come together and do what they were doing.”

On with other interested people, Bullock and Shifflett has raised enough money to form a non-profit organization organization known as the 20th Century Gallery.

The original art gallery space was located on Nicholson Street where he rented an 18th century building known as ‘The Redwood Ordinary’.

When Nicholson Street closed to traffic in the 1970s, the gallery has moved inin the basement of the artisanal house on the place of the merchants, where he had been for 10 years.

In 1982, the gallery moved Once again. This time, he took up residence on North Boundary Street after the Williamsburg Colonial Foundation (CWF) offered the organization the option of using a converted Sears Roebuck catalog house as the new space.

Then another change happened 2000 when the name of the organization was changed to “This Century Art Gallery (TCAG)”. In 2015, the organization changed its name Once still at the “Williamsburg Center for Contemporary Art.”

It wasn’t until 2017 that WCAC moved all of its operations to the blue building where it currently sits on Westover Ave.

This is where WCAC has called home for the past two years. The blue building includes three galleries, office space and an arts education center where the organization offers art classes and workshops for all age groups.

“Since we moved, we’ve changed our business plan significantly,” Wood said. “So we started adding shows. We added the co-op show and started thinking about ways to pay the rent and continue all of our programs and operations. We have become more member-oriented.

There was only one exhibit at the time that really focused on members of the art gallery and that was the annual members exhibit. Moving into the blue building was seen as a new start for the organization. Right from the start, the WCAC therefore began to focus more on member events.

“The bulk of our exhibits throughout the year are now member-related,” Wood said.

Some of the exhibits include:

The new member-focused shows have proven effective for the WCAC while helping to promote artists of all levels in the Greater Williamsburg area.

WCAC has offered virtual art exhibits and virtual classes during peak times of the pandemic.

“We had to do something because no one could enter the art center. At least not at this time,” Wood said. “We’ve probably had eight or nine virtual shows.”

Now that the pandemic is less of an impending challenge, the WCAC is once again welcoming guests to the art center.

Part of the organization’s community outreach is bringing in established artists and emerging artists and giving them a space to display their work.

The current exhibit is the Spring Members’ Co-Op exhibit, and it’s a great example of this community action in action. However, there is also a whole schedule of planned events that are planned throughout this year.

Visitors can find more information about WCAC on its website.